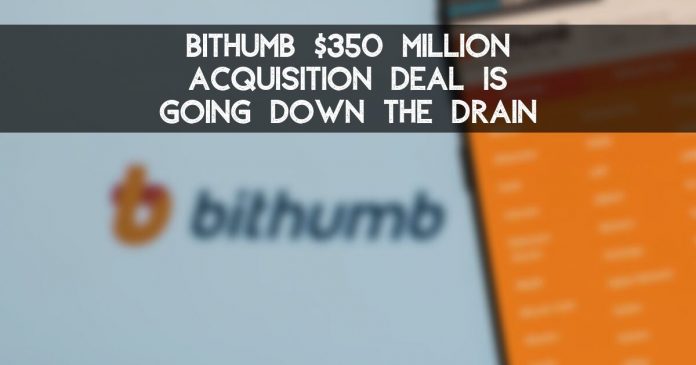 It seems like BK Consortium’s acquisition of South Korean Bitcoin exchange, Bithumb, is going down the drain.

Bithumb seems to have lost a large chunk of investment. Based on reports, BK Consortium and crypto investor, Kim Byung-gun’s failure to fulfill agreed-upon payment schedules caused the cancellation.

Last October, BK Consortium reached an agreement to acquire a controlling stake in the exchange. Accordingly, the deal was worth about $350 million.

Hence, BK already released $100 million when the deal was agreed upon. But the remainder was to be paid at a later date. However, BK reportedly doesn’t have enough funds to complete the deal.

The investment company reportedly asked for an extension in the payment deadline earlier this year after several deadlines had passed.

BK also increased its share purchase from 51% to 76%, as part of the payment deferment request. However, BTC Holding Company (Bithumb’s payment company) seems hesitant to accept these terms amid doubts over BK’s financial health.

Today is the deadline to pay the remaining amount for the cryptocurrency exchange’s acquisition. However, it looks like the payment will not be made.

Besides, Bithumb was also subject to crypto heists this year. Altcoin Buzz reported a loss of $30 million in assets. Although, it managed to recover almost half of the hacked funds, reducing the losses down to $17 million.

And yet the exchange has made plans to move forward.

In April, it launched its global exchange service. The platform will trade multiple fiat currencies.

Last month, Bithumb announced that it’ll set up a new committee in December. The latter will evaluate the market and choose the cryptocurrencies to trade on its platform.

On a different note, in May, Bithumb announced the launch of its multiple fiat trading platform. 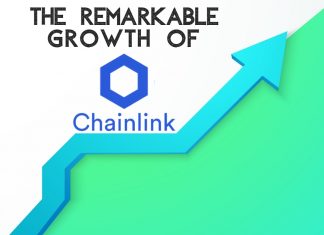 Natalia - October 8, 2019 0
LINK becomes the 15th largest cryptocurrency almost overnight.  LINK is doing great, in spite of the bearish market. During the last few days, it has...