BitMEX, one of the leading cryptocurrency exchange and derivative trading platforms, received a major blow from the CFTC last week. Following which, investors rushed to remove more than 50,000 bitcoins from BitMEX. The situation is worsening for the exchange as leading cryptocurrency investigation firm Chainalysis has now labeled the platform as a “high risk” exchange.

According to a BitMEX spokesperson, the company is aware of the Chainalysis “high risk” label and is sorting this out. Meanwhile, he claimed that the user funds are safe and withdrawals are being processed.

In spite of these assurances, investors continue to withdraw their Bitcoin holdings from the platform. According to the data shared by Glassnode, the Bitcoin volume on the exchange has dropped by over 27% due to the withdrawal of 50,000 BTC in the last week.

Since CFTC charges, almost 45,000 BTC have been withdrawn from the exchange, representing a 27% drop in the total balance of BTC on BitMEX

At 8:23 pm UTC today, the exchange announced major leadership changes. According to the official announcement, CEO Arthur Hayes and CTO Samuel Reeds have resigned from their designations with immediate effect. Along with that, Greg Dwyer, Head of Business Development, has taken a leave of absence.

Changes have been made to the leadership of 100x Group, effective immediately. We’ve posted the details on our blog: https://t.co/d9fbwOydJQ

Arthur Hayes and Ben Delo are founders of 100x Group, the operating company of BitMEX. Along with Hayes, Delo has also resigned from 100x Group. The announcement also reveals that Vivien Khoo, COO of 100x Group, will now act as interim CEO. Furthermore, the day-to-day management of BitMEX will continue under the leadership of the senior technology team of 100x Group.

Explaining the major leadership reform, David Wong, Chairman of 100x Group, said that the decision was vital to focus on the core of BitMEX’s business offering.

BitMEX Whale, the live reporting tool of the exchange (not-affiliated with BitMEX), tweeted about a major market sell-off at 7:59 pm, 7:10 pm, and 6:40 pm UTC. This happened almost a few hours prior to the announcement of the leadership changes. According to the tweets, a total of 12,500,000 contracts were sold prior to the announcement. The selloff did not stop there.

However, we do not see any noticeable impact of the sell-off on Bitcoin price. At the time of press, BTC is trading close to $10,579, according to Coingecko.

Does this mean Bitcoin has turned resilient to the negative happenings in the crypto space? Do let us know your thoughts in the comments section below.

For more updates from the crypto world, check out our Altcoin Buzz YouTube channel. 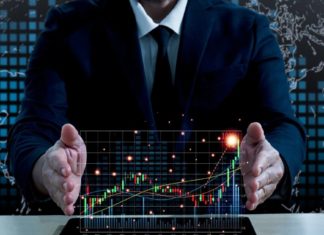 What Is The Graph, Indexing Blockchain Data