The idea of Bitcoin supporting black lives is not news to Isaiah Jackson, author of “Bitcoin & Black America”. According to him, there is an undeniable connection between black economics and Bitcoin. He asserts that the digital revolution will not be televised and explores ways of incorporating Bitcoin in black businesses, jobs, and even the educational system.

Most recently, a protestor in LA gave a speech about three “macro ideas” which can move the #BlackLivesMatter movement forward. He is a speaker who clearly understands the negative connotations Bitcoin has for many. This was demonstrated when he started his speech by not talking about Bitcoin. Instead, he started by declaring,

“The elites use the global financial system to oppress us”

A tweet within which a video was embedded has immediately become a viral sensation, with over 1.5k retweets as of the time of publication. This is all within two days. Clearly, there is a strong desire for many to free themselves from the constraints of the current financial system.

Perhaps the smartest idea which the protester had was to encourage people to first start learning about Bitcoin. This is because arguably the number one rule for any investment is to have an understanding of what one is investing in. In addition, Bitcoin is famously misunderstood.

This got the crowd the most riled up

The LA protestor got the most audible cheers from the crowd for a statement which he uttered twice, namely,

This statement sends a powerful message and incited an even more powerful reaction. Some crypto enthusiasts may, however, question its accuracy. A more accurate and detailed statement would be that they are killing us with “money which we think is ours but which is in fact not in our control”. This is because the value of the fiat money that we all hold has been manipulated since it’s inception by the elite through the continuous printing of money. Still, it is true that fiat which the public owns pays for the police, some of whom are responsible for inciting the Black Lives Matter movement.

Our fellow crypto enthusiast continued his speech by urging the crowd to start using Bitcoin. He further suggested they do not place their life savings in it but instead invest a reasonable amount of money in it, such as $5 a week. He also encouraged the crowd to learn more about Bitcoin from arguably the greatest evangelist for the crypto space, Andreas Antonopoulos.

Andreas expressed his surprise and gratitude with his own retweet:

Whoever this was, thank you for trusting my work to teach people about the technology of bitcoin in a neutral way that is open to everyone#BlackLivesMattter https://t.co/AMelHFwxCj

The Black Lives Matter Movement and Bitcoin – My Opinion

Personally, it did not take me long at all to see how black lives could benefit from the use or adoption of Bitcoin. The reason for this is simple. It is because the adoption of Bitcoin and other prominent cryptocurrencies benefits everyone in the world who doesn’t have a money-making machine.

Bitcoin and the concept behind borderless, trustless, immutable, and decentralized cryptocurrencies are in fact the greatest innovation the world has thought of in the fight against those who have the power to manipulate the value of the money we all seem to blindly believe in.

If you are interested in how Bitcoin can help underprivileged countries, be sure to read our article on how cryptocurrency is 4 times more likely to be adopted in undeveloped regions. 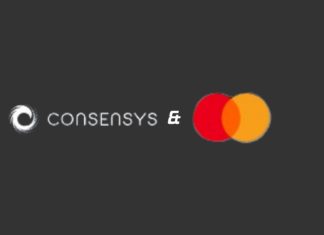 Martin Bilušić - December 18, 2021 0
ConsenSys is an Ethereum blockchain software company. And they are partnering with Mastercard to launch the new tool called "ConsenSys Rollups". ConsenSys Rollups is a...