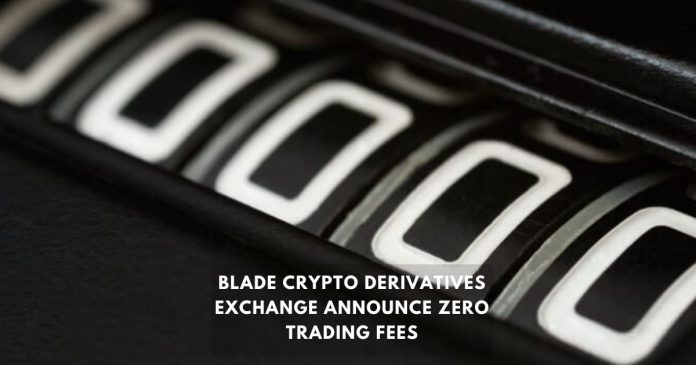 BLADE derivatives exchange plans to implement the new policy before the end of February 2020. All in all, it wants to become more competitive. Importantly, BLADE wants to use the medium to get some market share from the renowned BitMEX exchange.

At the same time, the traders on the platform will need to pay a flat $10 monthly fee that allows users to place trades. In contrast, other derivative exchanges like BitMEX and Deribit charge a 7.5bps taker fee per trade for BTC perpetual contracts.

Plans to compete with BitMEX

The San Francisco-based cryptocurrency derivatives exchange didn’t hide its intrinsic agenda for proposing the zero trading fee policy. The exchange wants to compete with BitMEX, the pioneer of Bitcoin perpetual swaps. Despite issues such as the mass email disaster, (and some other ones as well)other exchanges haven’t been able to affect BitMEX’s market share.

Also, in comparison with BitMEX’s 100x leverage, BLADE claims to offer up to 150x. Besides, the derivative exchange doesn’t perform KYC checks. However, this means American users can’t use the platform.

BLADE’s co-founder and CEO, Jeffrey Byun commented on the development. He said: “We can’t control the same liquidity as BitMEX because they exist longer and control most of the volumes. But, if we can offer decently good liquidity, and offer 99% lower fees I think that we’ll be able to attract significant volumes.”

To remind, a few months ago, the San Francisco-based firm raised a $4.3 million seed round from SV Angel. As well as A.Capital, Coinbase, Slow Ventures, among others. Thus, making the exchange one of the few crypto derivatives exchanges backed by Silicon Valley venture capitalists. 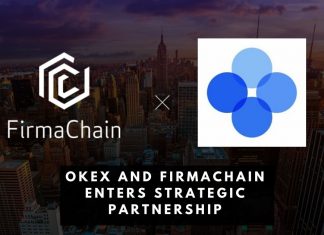 David Abel - December 14, 2019 0
One of the largest spot and futures digital asset exchange by trading volume, OKEx announced a partnership with blockchain-based electronic contract platform, FirmaChain. According to...