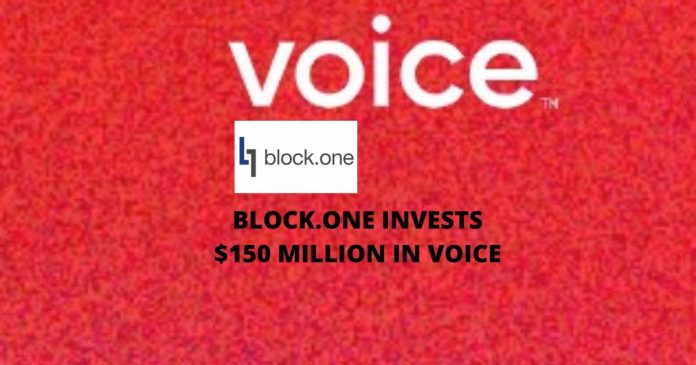 The parent company of EOSIO, Block.one, has released funding of a whopping $150 million for its social media startup, Voice.

Voice announced the release of the funds via an official blog post. It specified that the fund allocation happened on two fronts. $50 million investment would be as intellectual property assets and $100 million in cash.

Block.one, prior to the announcement, has housed Voice for over nine months.

Block.one CEO, Brendan Blumer, pointed out that Voice was setting out to “fundamentally change how media platforms are working”. He also added that it would facilitate “living journalism instead of static news platforms.”

Essentially, Voice was conceived as a “social news platform that rewards users and content creators”. It aims to root out media issues like the spreading of fake news and data ownership concerns.

Voice’s CEO, Salah Zalatimo, disclosed that the funding was coming at an opportune time of “profound loss of trust on social media sites”. He was speaking on the occasion of Block.one’s announcement, as reported in Voice’s official blog.

Zalatimo also underlined how the social media platform planned to function going forward. “Voice wants to bridge divisions and rebuild trust in our media platforms by promoting authenticity, transparency, and humanity in our community”, he said.

Notably, Blumer, alongside CTO Dan Larimer, founded Voice, which is in beta testing mode currently. However, the beta access is open only for US users at present.

Users need to complete KYC procedures for them to use the platform’s services.  Moreover, all of Voice native tokens can not be spent in the current state and will be deleted once the platform goes live.

It is important to note that the platform is built on the EOSIO protocol. However, there have been reports of quite a number of privacy issues despite the platform being backed by Block.one.

This came to light when it was disclosed that the Voice Chain was not storing did not store any of the posts or users data. Rather, the global identity confirmation service provider, HooYu, was allegedly in charge of data storage. This led to concerns that HooYu could share the user data with other users or its employees. 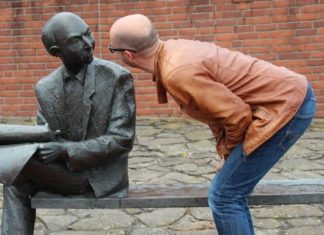 Racheal - November 22, 2020 1
The blockchain and crypto sphere is arguably one of the most important innovations of the 21st century. Blockchain tech is in the limelight, with...