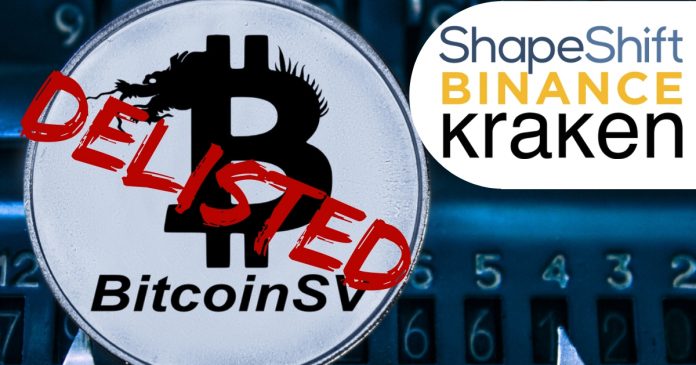 In a major turn of events Binance, the world’s largest Crypto Exchange, has announced that it will delist Bitcoin Satoshi Vision (BSV).

Binance CEO, Changpeng Zhao (CZ) commented that he has done the right thing.

Do the right thing. https://t.co/z7HGsAZnmR

The announcement was applauded by the general cryptocurrency community. The Binance tweet is liked by heavyweights such as Charles Hoskinson and Charlie Lee.

The announcement followed after a previous warning by CZ

The chain of events started when attorneys of Craig Wright, founder of BSV, served legal papers on the individual behind the Twitter account @Hodlonaut.

@Hodlonaut was protesting against Craig Wright’s (false) claim that he is Satoshi Nakamoto. @Hodlonaut had to remove his twitter handle and go to hibernation. It is to be noted that @Hodlonaut initiated the Bitcoin Lightning Torch movement.

This was followed by a series of legal actions which included a letter to Peter McCormack, “What Bitcoin Did” podcast host

Such actions were heavily protested by the cryptocurrency community. Influencers like John McAfee, Anthony Pompliano and CZ joined the movement against Craig Wright. A crowdfunding campaign has been initiated to help @Hodlonaut fund a looming legal battle with Craig Wright.

Erik Voorhees, CEO of Shapeshift, also confirmed that Shapeshift will delist BSV in the next 48 hours.

We stand with @binance and CZ's sentiments. We’ve decided to delist Bitcoin SV #BSV from @ShapeShift_io within 48 hrs.

Following the delisting from Binance, Kraken Exchange started a vote on Twitter asking if they should delist BSV as well.

At the time of writing, 77% of the votes are currently for the delisting while only 8% are against it. This could very well indicate that Kraken Exchange will soon delist BSV as well.

The image of BSV project was always clouded with negativity, Its founder, Craig Wright being accused of fraud in multiple cases which included:

More details can be found in Stopcraigwritght.

As per Binance, BSV was unable to meet one or more of the below factors, which resulted in the delisting:

Holders of BSV please note that withdrawal of BSV will continue to be supported by Binance until 2019/07/22 at 10:00 AM UTC. 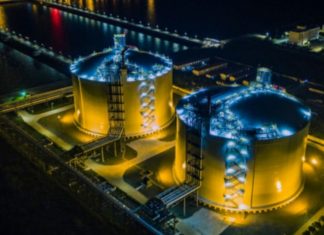 David Abel - April 3, 2020 0
Shanghai Gas, a subsidiary of the Shenergy Group Company Limited, will work with VeChain to launch an energy project enabled by blockchain. The announcement came...

How Can CoinEx Be Bigger Than Binance?