Today, Business Insider reported in an article that Coinbase is exploring the options for a crypto ETF using the help from $6 trillion Wall Street giant BlackRock. Apparently, Coinbase has had several conversations with members of BlackRock’s blockchain working group to tap into the firm’s expertise at launching exchange-traded products.

Coinbase, currently the 11th biggest crypto exchange based on daily volume, and probably the biggest name in the crypto ecosystem, has been reportedly looking into starting a crypto ETF. Coinbase has been leading the crypto community in a variety of businesses ranging from asset management, Venture capital, trading and more. Now, they want to be ahead of the pack in the race of a Bitcoin ETF. They have been looking at creating an exchange-traded product tied to crypto, according to people familiar with the matter, as a way to allow retail investors to gain access to the volatile crypto markets.

In regards to the ETF, Coinbase has sought the help of BlackRock, the $6 trillion asset manager. That said, it remains unclear if the talks were a one-off, or part of ongoing conversations between Coinbase and BlackRock. Currently, BlackRock has a blockchain working group which was started in 2015 and consists of employees across its numerous businesses and its goal is to identify applications of blockchain-related technologies in financial services. BlackRock representatives from the working group didn’t give any concrete recommendations to the crypto exchange operator, the person said.

As reported by Business Insider, BlackRock itself currently has no interest in being a crypto fund issuer. As the CEO,  Larry Fink,  has said in July, the firm’s clients have expressed zero interest in the $300 billion market for digital currencies, referring to bitcoin as an “index of money laundering.”

If Coinbase were to develop a crypto ETF, it joins a long list of firms interested in developing a crypto ETF, including rival Gemini, Bitwise Asset Management, and VanEck. According to a Coinbase insider, the proposed ETF would also likely track many cryptos, not just bitcoins.

A Bitcoin ETF has been viewed as a logical next step in its maturation as an asset and could precipitate the entrance of more retail investors into the crypto market. However, the idea of a bitcoin ETF has received push-back from regulators who don’t think markets for cryptos are correctly observed. To be continued! 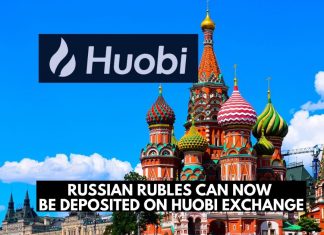