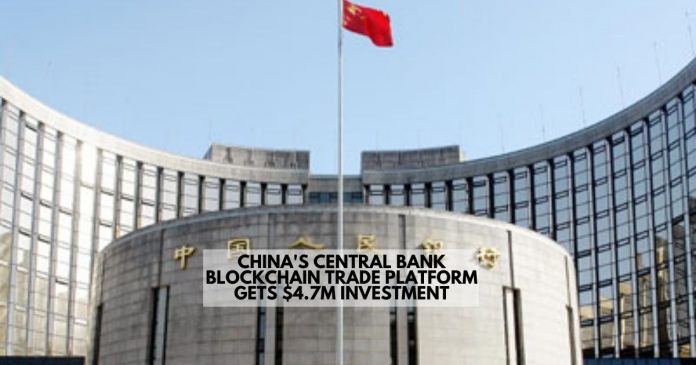 The People’s Bank of China (PBC) blockchain trade platform has obtained 32.35 million yuan ($4.7 million) to cover research over the next three years.

According to Globaltimes, the $4.7 million received from China’s Central Bank special funding is for crucial research and development projects for its blockchain platform.

The blockchain platform was unveiled by the PBoC in September 2018, at Shenzhen, South China’s Guangdong Province.

The China Central Bank platform is intended to facilitate transfers and create a tamper-proof ledger for secure information sharing between businesses and government departments.

A large number of investors

The number of banks and companies involved in the blockchain platform has continued to increase following its launch. Notably, by mid-January, the platform linked 44 banks and 1,898 companies and processed more than 90 billion yuan in transactions.

Industry insiders noted the funding would help drive the growth of the China blockchain trade finance platform. Which is notably the most supported and highest-level blockchain project at the national level.

The central bank is to make sharing information safe, more secure and further facilitate small and medium-sized enterprises (SMEs). This is to access a wider range of financing tools during the COVID-19 epidemic, they noted.

According to McKinsey, China’s Central Bank platform could “create significant new opportunities” for banks, SMEs, and service providers. As well as lower interest rates, among other exciting variations.

Chinese premier Xi Jinping said the country had to “seize the opportunity” when it came to blockchain technology. Including increasing government investment and development in core technology areas.

Wu Hao, an independent analyst, said every trade scenario could crack “isolated islands of information.” By employing blockchain technology, but if a unified industrial standard and mature technology are lacking, information barriers will still emerge in businesses.

Given such a context, accelerating the advancement of the trade finance platform will play a vital role in boosting the efficiency of interbank transactions. As data shared across participants via an assigned network.

The China blockchain platform has significantly helped improve the efficiency of SME loan approvals. In essence, the time required to process trade financing has been shortened, Xinhua said. 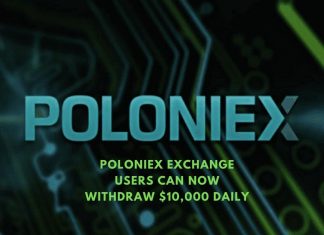 Alert: ‘XRP Classic’ Most Likely a Fake Token According to XRP...