CME futures was introduced in December 2017 when bitcoin was trading around 19 thousand USD, creating the opportunity to bet against bitcoin. The Federal Reserve Bank of San Francisco states in an economic report published on may 7th that “the rapid run-up and subsequent fall in the price after the introduction of futures does not appear to be a coincidence. Rather, it is consistent with trading behavior that typically accompanies the introduction of futures markets for an asset.”

The launch of CME futures “allowed pessimists to enter the market, which contributed to the reversal of the bitcoin price dynamics.” – Federal Reserve Bank of San Fransisco says.

Although the price of Bitcoin dropped from almost 20.000 USD to 6.200 USD after the futures was launched, FRBSF states that the trading volume in the futures market was relatively low.

Bitcoin is currently trading at 9.200 USD, after failed to break the 10.000 USD level yesterday. However, bullish news are coming out at a rapid pace and The New York Times just recently reported that The New York Stock Exchange is said to be launching a platform to trade Bitcoin.

Paul Chou, a former Goldman Sachs executive and the founder of LedgerX said in an interview with The New York Times that the bitcoin industry is seeing institutional interest for the first time in history.

“The industry is seeing unprecedented institutional interest for the first time in Bitcoin’s history. I’ve been amazed that the strongest believers in cryptocurrency often start out the most skeptical. It’s a healthy skepticism. But at some point the perception shifts, and for many institutions — I think we’re finally there.” 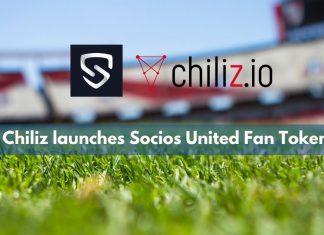 Ezekiel Ng - March 31, 2020 0
Chiliz has launched the Socios United ($SSU) Fan Token on their Socios.com app. Every Socios.com user will receive 1 $SSU in their in-app wallets. It...

The Graph Network Has Launched Its Mainnet