Coinbase, the largest crypto exchange platform, has allegedly secured a stunning investment worth $20 bln from an unknown hedge-fund. The money will be reportedly used for its custody service.

According to Business Insider, Coinbase is not planning to stop and is already seeking partnerships with other large hedge funds. Also, the company is apparently willing to offer margin financing. If this happens, institutional investors will be able to borrow to trade.

“Coinbase is pursuing a lot of different initiatives that make sense and take it closer to or are more similar to traditional finance: custody, financing, lending, security tokens, and the institutional portal. They have the resources to fund them and will surely have some successes,” said Greenwich Associates’ consultant Richard Johnson.

However, Robert Hockett, a professor of law at Cornell University, has expressed concern regarding Coinbase’s ambitions in his interview with Business Insider. He believes that its decision to launch prime brokerage service might force SEC, which has earlier stated that Ethereum and BTC are not securities, to kick in.

“This raises conflict concerns, given Coinbase’s also running a coin exchange, reminiscent of those that the Commission has found when securities firms have attempted to combine these two roles,” he says.

It is noteworthy that Coinbase has recently launched Coinbase Custody which ” is officially open for business, providing secure storage of crypto assets for institutions in both the US and Europe.” Besides, it is openly considering adding five more coins, including Cardano (ADA), Basic Attention Token (BAT), Stellar Lumens (XLM), Zcash (ZEC) and 0x (ZRX).

Coinbase’s story reiterates the notion of crypto becoming mainstream thanks to institutional investors. Thus, according to Charles Hoskinson, founder of ADA, Wall Street might bring tens of trillions of dollars into crypto. At the same time, Grayscale Investments, a company which offers to invest both into the crypto and traditional markets, secures close to $5,5 mln of funds a week from institutional players. Circle is also apparently attracting more and more institutional clients making the cryptomarket less and less marginalized. The fact that David Solomon, who seems to be a crypto enthusiast, has now become the CEO of Goldman Sachs, which, in turn, launched BTC trading desk in May is even more encouraging.

But not everybody is content with crypto gaining ground. Chairman of the Federal Reserve, Jerome Powell, for example, lambasted cryptocurrencies during testimony before the United States House Committee on Financial Services. Particularly, he noted that the Federal Reserve is not looking into the option of creating a digital currency. Brad Sherman, a Democrat Congressman, even urged the authorities to prohibit U.S. citizens from buying or mining cryptocurrencies. 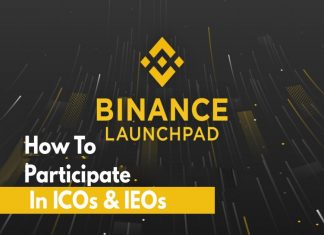 How to participate in Binance Launchpad ICOs and IEOs

Robert Patrinjei - June 1, 2019 0
Joining an ICO or IEO on Binance's Launchpad can be confusing as a newcomer. I have encountered the same issue, but in the end,...

Are Cryptocurrencies Appropriate For Retirement Funds?