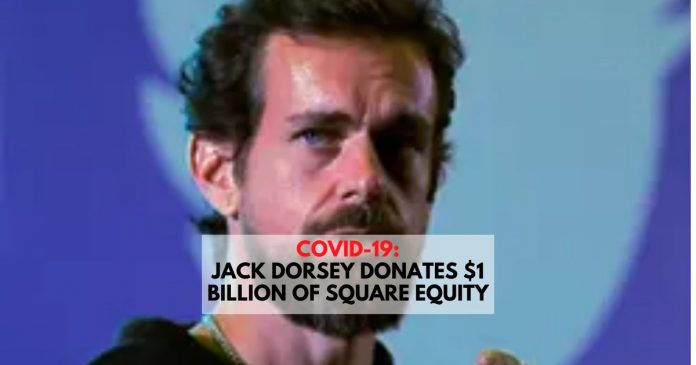 Jack Dorsey, CEO and founder of Twitter and Square, has donated $1 billion to help fund relief efforts in the wake of the Coronavirus pandemic.

Dorsey disclosed this in a series of tweets via his official handle on Tuesday. Mentioning that it came from his stake in Square Inc, he stated that the amount would go to his Start Small charitable foundation to fund the fight against COVID-19 around the world.

I’m moving $1B of my Square equity (~28% of my wealth) to #startsmall LLC to fund global COVID-19 relief. After we disarm this pandemic, the focus will shift to girl’s health and education, and UBI. It will operate transparently, all flows tracked here: https://t.co/hVkUczDQmz

The amount pledged by the Twitter CEO notably represents almost a third of his current net worth, which, according to Forbes, is about $3.3billion.

To remind, Dorsey started Start Small as a donor-advised fund that has no obligation to disclose the investment details. He, however, pointed out that there would be public tracking of spending the $1 billion going into Start Small now. He also tweeted the Google Sheets spreadsheet to be used for the tracking.

Dorsey also explained the rationale behind using his stake in Square instead of Twitter for this donation.

“I own a lot more Square. And I’ll need to pace the sales over some time. The impact this money will have should benefit both companies over the long-term because it’s helping the people we want to serve,” he said.

Incidentally, this is not the first instance of the crypto space weighing in for the fight against the pandemic. Several crypto firms including Binance, Ripple, TRON, etc are also contributing with sizeable donations.

Notably, the COVID-19 crisis has already affected 200+ countries, with more than a million and a half cases and close to 100,000 casualties.

Dorsey, a long-time advocate of the crypto, launched Square in February 2009. Since then, it has developed into a force to reckon with in the crypto space. In March last year, its business arm, Square Crypto came into being. Later in June, Dorsey roped in a former Google director to lead it.

Square’s “Lightning Development Kit” is a recent addition of a scaling solution to its portfolio. Its design helps developers to easily integrate Lightning with new or existing Bitcoin wallet applications. The new product includes an API, language bindings, demo apps, among other features. They “make integrating Lightning easy, safe, and configurable,” according to Square. 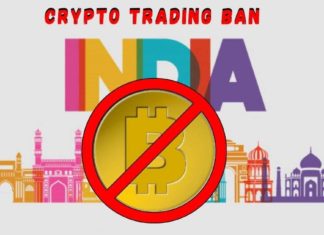 Deepika Garg - September 17, 2020 0
Cryptocurrency might return to the courtroom in India very soon. According to news published by Bloomberg.com, India plans to introduce a new crypto law....