According to a news reported in UNAIN, power plant operators of Yuzhnoukrainsk Nuclear Power Plant were arrested for mining cryptocurrency in the plant facility, thereby compromising the security of the plant.

During a warranted search on July 10, The Security Service of Ukraine (SBU detectives) had seized six Radeon RX 470 GPU video cards, a motherboard, power supplies and extension cords, a USB and hard drive, and cooling units at the Yuzhoukrainska Nuclear Power Plant, which were used for cryptocurrency mining. The equipment was connected to the World Wide Web, which posed a significant threat to cybersecurity at the nuclear site. The power plant is registered as a state secret.

The local court also stated that due to the online connection several details regarding the Nuclear power plant’s physical protection had been leaked.

Coindesk further reported that all of the equipment was located in a single office, No. 104, in the administrative wing separate from the power facility, from the state-owned Energoatom enterprise.

Last year, in a separate incident, several Russian engineers at the Russian Federal Nuclear Center were arrested for attempting to use one of Russia’s largest supercomputers. 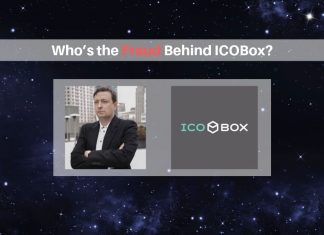 Exclusive: Who’s the Fraud Behind ICOBox Exposed by SEC?

Deepika Garg - September 19, 2019 0
In the crypto-verse, fraud seems almost like a must. That said, it shouldn't come as a surprise that the U.S. Securities and Exchange Commission...