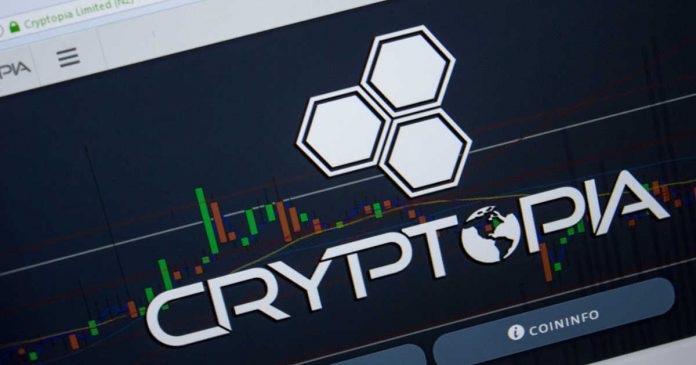 The New Zealand based exchange, Cryptopia, has announced they are resuming trading for 40 trading pairs they have deemed as “secure,” with more to be added later.

In a tweet on March 18th, Cryptopia announced that they will be resuming trading for 40 trading pairs that are deemed “secure.” It appears that they are aiming for the end of March to officially reopen the trading doors.

While Cryptopia was never a top exchange like Bittrex or Binance, anytime users funds are either locked up or worse, hacked, it is not a good situation. In a post attempting to make good with investors, Rob (Hex) Dawson, co-founder of Cryptopia, any user funds that were lost will be given a deposit of Cryptopia Loss Marker (CLM) that will stand as a marker for the lost coins. The value of the CLM will represent the value of lost coins in New Zealand dollars (NZD).

While not the best solution, at least they are trying something. Hopefully, it works out in the end for both investors and Cryptopia.

“If you held balances in coins that were lost in the event you will start to see Withdraws on your account for those coins. The TXID for the withdraw will not exist on the network but will detail how the coin was impacted in the event. For each withdrawal, you will also see a subsequent deposit of Cryptopia Loss Marker (CLM), the TXID for this will also not exist on a network but will detail the coin it represents a loss for. CLM is not a coin, it can’t be traded as yet, it is just a number in the database that represents the loss for each coin for each user in $NZD at the time of the event. There are still steps to take to ensure we are taking a legal path toward reimbursement.” -Rob Dawson