The EOS Global Hackathon has officially concluded, and Block.One, the publisher of the EOS protocol, has found a winner. The Global Hackathon included prizes of $1.5 million and was conducted over five international cities.

Block.One has awarded $500,000 to GeneOS at the EOS Grand Finale in Capetown, South Africa, concluding the hackathon. GeneOS is a secure genome data computing platform.

Albert Chen of GeneOS offered this statement: “Almost all of our DNA – 99.9% – is still not well understood. Our goal is to help humanity understand DNA to cure diseases. The first obstacle is that people aren’t incentivized to sequence their genome. It’s too expensive and there are privacy concerns. People are scared about losing their data. We address these concerns using blockchain.”

The Grand Finale occurred after “Incubation Week” and “Demo Day”, where global industry-leading judges determined which pitch was the most effective.

The hackathon not only involved five cities – but was also staged on five separate continents. There were over 1,700 participants who participated in London, Sydney, San Francisco, and Hong Kong, before the Finale in Cape Town.

The reward was funded through EOS VC, the venture capital firm developed by Block.One specifically dedicated to the growth and development of projects developed on the EOS.IO network.

Block.One president Rob Jesudason had nothing but positive things to say about GeneOS and the hackathon in general. He stated: “I’ve been blown away by the progress the teams have made across the hackathons and this week. I congratulate GeneOS and all the participants in our hackathon series. We’re proud to have them as ambassadors for EOSIO.”

Head of Developer Relations at Block.one, Serg Metelin, pointed out the fact that the hackathon helped prove that blockchain technology was exploring solutions to complex societal problems. He stated that the hackathon involved blockchain-based projects that could apply to everything from “last-mile delivery to solar energy trading.” 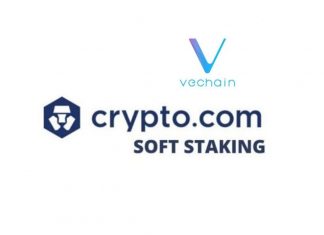 Racheal - May 6, 2020 0
VeChain VET tokens are now available on the Crypto.com soft staking platform. The pioneering payments and crypto platform made this announcement via an official...

4 Reason Why Africa Chose to make Remittances in Bitcoin