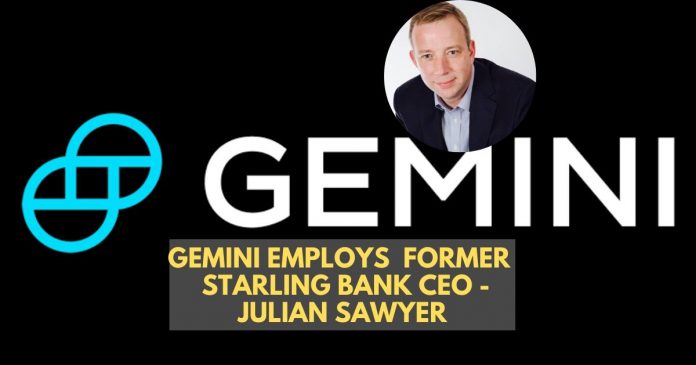 Popular crypto exchange Gemini has announced the addition of former Starling bank executive Julian Sawyer to its European branch. He will be in charge of matters pertaining to global expansion.

Sawyer will function as the managing director of Gemini UK and its Europe branch. This is according to a blog post by Tyler Winklevoss.

The New York-based crypto exchange is expanding overseas. And Sawyer will head this new expansion initiative and will also employ his own team. He will be building and developing top products for the market and directing the exchange’s overall operating techniques.

Global expansion is a priority

Prior to joining the company, Julian was the Chief Operating Officer at Starling Bank. It is one of the United Kingdom’s most prominent banks. During his time at Starling, the bank experienced exponential growth in about eight months. He spearheaded the launch of euro accounts for UK residents. He was also Chief Executive of a payment firm called Piran Consulting.

Speaking on the new appointment, Tyler Winklevoss said that the UK has been ahead in the financial market for years.

“Europe is the birthplace of modern financial markets and the United Kingdom (UK) has been a global financial capital of innovation for hundreds of years,” he noted. And added, “Gemini needs to be here and Julian’s deep knowledge and fintech expertise in these regions make him well-suited to lead Gemini’s expansion into this pioneering area of the world.”

Based in the United States, Gemini has branches in countries like Canada, South Korea, Hong Kong, Singapore, and the United Kingdom. It also recently opened an office in Australia and a dedicated branch called Gemini Custody. The branch currently lends its support to 18 different cryptocurrencies.

Gemini is looking to build its human capital resource and the addition of Julian Sawyer is a step toward achieving that vision. In September, the exchange also employed Noah Perlmanas as its COO. 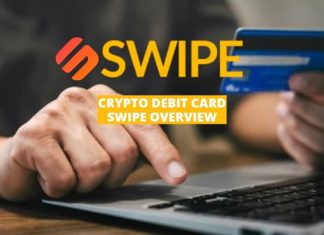 Ripple and SendFriend Launch xRapid in the Philippines For Faster And...