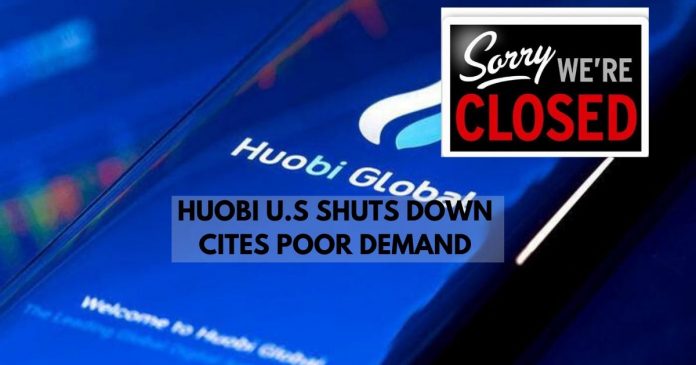 Huobi US (HBUS), the United States operator of cryptocurrency exchange Huobi.com is stopping all its operations.

The exchange has blamed low liquidity and demand for the decision. Thus it is no longer a profitable venture.

This is according to a post on HBUS official website. The post reads: “We regret to inform you that HBUS will need to cease operations so that it can return in a more integrated and impactful fashion as part of its ongoing strategic layout.”

The announcement also advised all its users to withdraw their funds immediately as all withdrawals will no longer be possible from January 31, 2020. Trading services on the platform will be disabled on December 15, 2019 at 20:30 PT/23:30 ET.

Launched a few months ago, HBUS was expected to cater to the needs of Huobi customers in the United States. At the time of the launch, the exchange urged all Huobi users in the US to transfer their funds out of Huobi Global. It added that this was to avoid sanctions amidst several other restrictions.

Concurrently, it is important to remember that Huobi Global prior to this time had announced that it would no longer attend to US users starting from mid-November. At that time, it explained that a hostile regulatory environment was to blame.

The exchange pointed out that it was able to fulfill regulatory compliance, but could not attain liquidity. Trading volume on the exchange has over time decreased to about $220,000 daily. This is quite low when compared to its US counterparts. Binance.US, for example, has a daily volume of about $2.94 million.

The exchange also implied that it was closing shop to regroup and plan ahead for a better come back.

This announcement comes as a shock to the Huobi community as the exchange also recently celebrated the expansion of its stablecoin.

Though Huobi US is shutting down, its global arm has not experienced any drop in its activity level. In September, Huobi Group launched a fiat-to-cryptocurrency gateway in Argentina.

Huobi US isn’t the only exchange to close shop in recent times. CryptoBridge has joined this “anti-success” group. Notably, it also blamed harsh regulatory conditions for its decision. 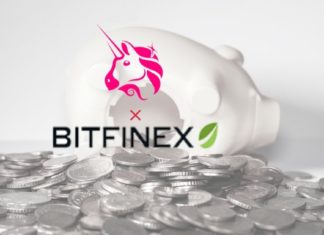