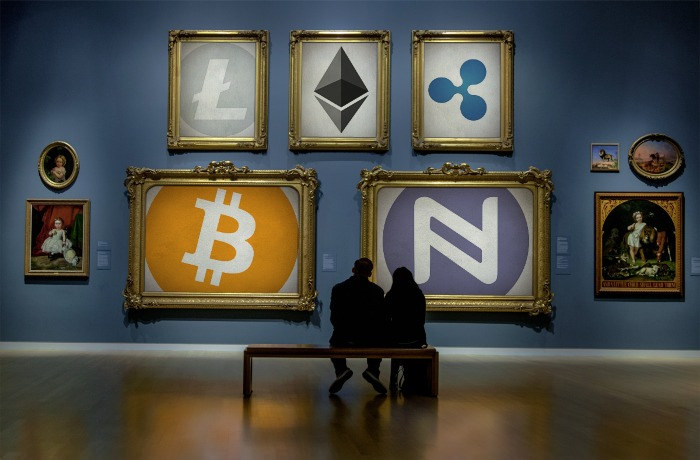 Brendan Bernstein, Founding Partner at Tetras Capital – a Blockchain, Crypto and Digital Asset Hedge Fund – has sent out a series of tweets with more information about the current market cycle. A lot of gains can be made with altcoins, but when is the best time to invest? 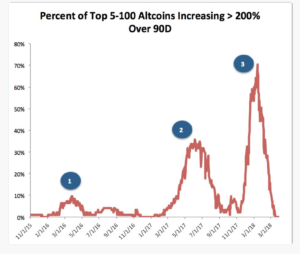 The above graph shows the percentage of altcoins that increased over 200% during recent cycles. During the first cycle, 10% of the altcoins showed an increase of 200% in 90 days. During the 2nd cycle this was slightly over 30% and at the end of last year we’ve seen about 70% of the altcoins increase by 200% or more. Mind-blowing of course.

Furthermore, a clear correlation can be seen between the ‘bullish’ cycle and the downward correction. The time on the way up and down is usually symmetrical. Since we seem to be at the end of the corrective phase, this might mean that we will see a next bull run very soon. Maybe ever bigger and stronger than last year. 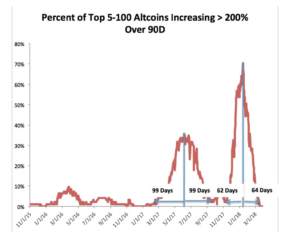 Looking at the graphs, it is clear that first Bitcoin peaks before altcoins start to move back up. We have seen something similar last week when suddenly a big pump from Bitcoin caused the whole market to rise. In a way, this pattern is easy to explain:

Phase 1: since Bitcoin is ‘the Mother of all Cryptocurrencies’, Bitcoin first rises due to the influx of new fiat money.

Phase 2: after investing in Bitcoin, investors will use their BTC to buy altcoins. Many altcoins can only be bought with Bitcoins. Bitcoin begins to decline a bit while the altcoins rise.

Phase 3: Since liquidity is low for many altcoins, there is a strong pull upwards which creates a mania. Better known as ‘FOMO’.

Phase 4: Bitcoin and altcoins crash together

What to look out for?

During the last 2 cycles, the price of Bitcoin and biggest cryptos rose 2-3 times more than most altcoins. According to Brendan Bernstein, “the larger institutions who bring in new capital likely will do so through the more established assets”. The dominance of Bitcoin might therefore be a good indicator of a next bull run ahead. 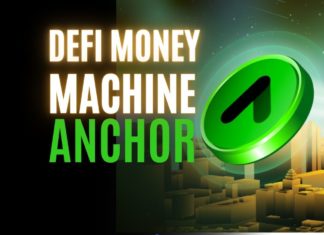 Camille Lemmens - March 18, 2022 0
From a bullish perspective, things seem very boring right now. FUDs aside, what should a smart investor be doing right now? The answer is...