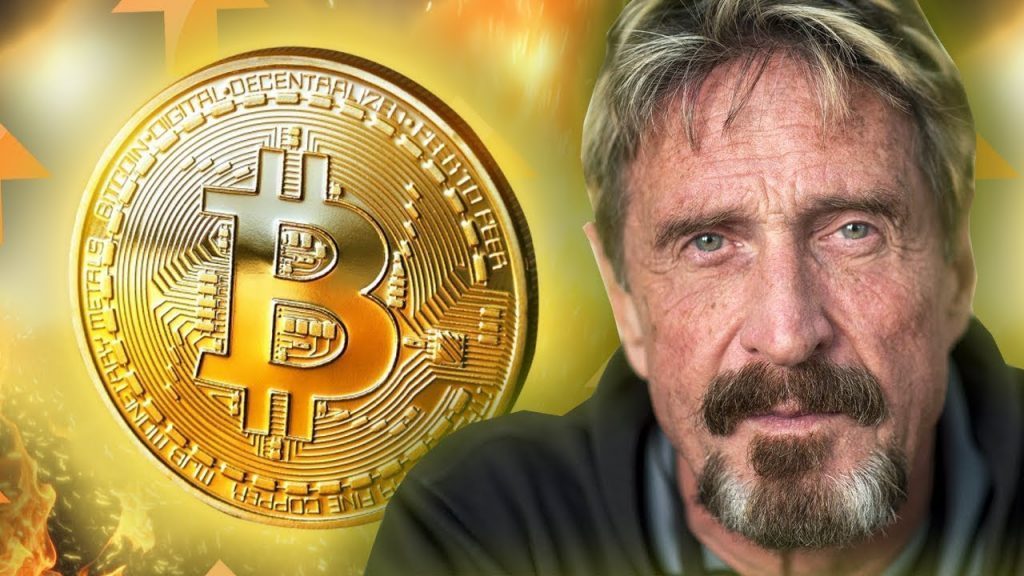 While McAfee backtracks on his $78,000 per Bitcoin prediction by the end of 2018, he stands strong on his 2020 prediction while explaining why Bitcoin cannot be stopped.

While John McAfee is well known for his big $1 million bitcoin by 2020 prediction, he made another prediction for the end of 2018. In a recent sit down with Patrick Bet-Davis, CEO of PHP Agency, Inc. and Financial Advisor, McAfee backtracks on his previous 2018 prediction. They talked about many things in the hour-long interview, but we are going to just focus on the Bitcoin talk (click here for the full interview).

McAfee seems to mumble around the question and try to deny he said it. “I promise you I did not say that.”

Spoiler, he did. But he was very adamant about his 2020 prediction. (Click here for the link to see if McAfee’s $1 million Bitcoin prediction is holding true)

In order to get to his 2020 prediction, he says that he took the number of Bitcoin users, how its expanding, and the cost of mining. “The last Bitcoin to be mined will cost $4-5 billion, and miners are going to do it…The value of that coin has got to be worth more than it costs to mine it.”

“Take the number of users of Bitcoin, as bitcoin expands…it is skyrocketing…It can’t possibly go to zero. It can only grow as its user base grows…its impossible…Its Pandora’s box and the spirits are invading the room and they will not go back in…digital currencies will replace fiat currencies”

That is a very bold statement to make. While Bitcoin has a current market cap of about $143 billion, it is estimated that there is about $90 trillion of fiat money in the world. No matter what side you are on, this is a huge gap for Bitcoin to close.

He was later asked about bankers trying to get governments to regulate Bitcoin, and what would happen if they add more regulations, more laws, more rules so that the barrier of entry is so high, the small/new guy can’t compete.

His response, “You’re assuming there is the possibility of enforcing those laws. That’s utterly nonsense. You can’t stop a distributed system that is worldwide, there is no law that you could make…it is not possible…Now that there are decentralized exchanges, you can’t stop it, you can’t shut it down, and you can’t know anything about it…How will you enforce those laws?”

Patrick mentioned that governments could do what China did towards the end of 2017 and ban it/making it difficult and just not accepting it.

McAfee, “That’s fine, you aren’t going to do business because the[re is a] guy who does…Once you get the exchanges distributed, nobody sees it.”

At the end of the interview he was asked the best argument about why Bitcoin won’t succeed. McAfee said,”No one has shown me a way to stop it. They have shown me ways to create laws. Well good lord make all the laws you want. We do that all the time. In the 1930’s we made it a law that you could not drink alcohol. We consumed more alcohol per capita during that period than in any period in American history.”

While McAfee might have backtracked on his 2018 prediction, he is still very bullish on Bitcoin and I don’t think his mind will be changed.

In the words of John McAfee, “You cannot stop Bitcoin. It cannot be done.”

Racheal - April 10, 2020 0
The decentralized technology scalability platform, Matic, has disclosed plans to launch its second token unlock this month. It made the announcement in its official...