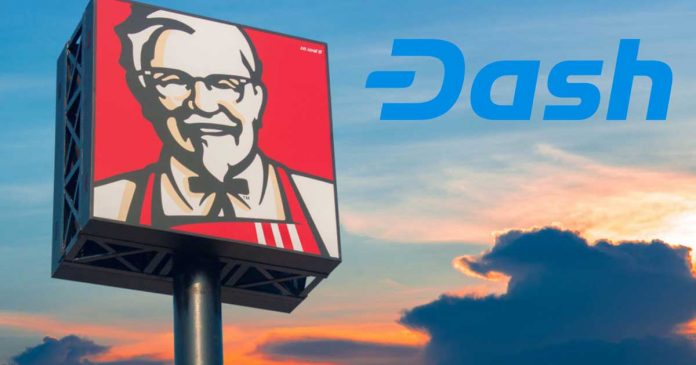 It appears that a significant step has been made in this direction, as Kentucky Fried Chicken (KFC) in Venezuela will apparently begin accepting DASH cryptocurrency as a form of payment. 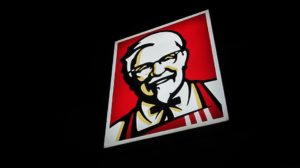 For those that are unaware, KFC is an American fast food restaurant that specializes in fried chicken. It has the distinction of being one of the largest restaurant chains in the world, as well. It boasts over 20,000 locations in over 100 countries, and is a subsidiary of Yum Brands, which also owns successful restaurant chains such as Pizza Hut and Taco Bell.

The chain is historic for several reasons, as it was one of the first American restaurant chains to gain an international foothold. The move has certainly been a profitable one, as KFC is now the most popular fast food chain in the world’s most populous country, China, and has been able to adapt to Asian markets tremendously well.

KFC Canada has actually referenced cryptocurrency in an advertisement before, introducing the “Bitcoin Bucket” – a bucket of fried chicken that could only be purchased in Canada via cryptocurrency.

KFC Canada presents The #Bitcoin Bucket. Sure, we don’t know exactly what Bitcoins are, or how they work, but that shouldn’t come between you and some finger lickin’ good chicken. https://t.co/2OKuCHk5Hb pic.twitter.com/UwaduB8toi

One of the central figures involved in the partnership is Alejandro Echeverria, who is the co-founder of Dash Help, Dash Merchant Venezuela, and Dash Text. Echevarria has been working diligently behind the scenes for months to make sure the partnership happens, believing that it would help with overall adoption of the DASH cryptocurrency in Venezuela.

Echevarria states: “Having a globally recognized brand such as KFC accepting DASH payments in Venezuela is a great achievement for cryptocurrency and further validation of the continuing trend of DASH adoption not only from a user perspective, but now merchants as well.”

It isn’t surprising that Venezuela is embracing cryptocurrency, considering that its economy is in a very dire situation. The country is experiencing a severe economic crisis, thanks to immense hyperinflation of its currency, the “bolivar”. In fact, thousands of Venezuelans have  fled from the country, and continue to flee, due to shortages of food and medicine, and due to increasing turmoil and crime rates, as well.

The crisis is not new – as a survey in February indicated that a stunning 90% of Venezuelans lived in poverty, and 60% did not have enough money to buy food.

The crisis continues even after President Nicolas Maduro has attempted drastic measures such as issuing new currency and attempting to instituting dramatic increases in the Venezuelan minimum wage multiple times. Despite these attempts to galvanize the economy, it hasn’t stopped Venezuelan children from starving to death.

The International Monetary Fund, one of the world’s most important global finance organizations, only sees the crisis worsening next year, as well.

There are many who believe that since the nation’s currency is damaging Venezuela’s economy, that cryptocurrency could be an alternative that might end up helping a large percentage of the population.

For example, those who do not have access, or cannot afford, traditional financial services, could still send and receive cryptocurrency, without having to pay exorbitant transaction fees.

DASH As A Solution

DASH has been praised for its ease of use, and it certainly is gaining traction, particularly in Venezuela. Discoverdash, a website that lists merchants that utilize DASH, lists over 2400 Venezuelan merchants that are accepting the cryptocurrency.

Ryan Taylor, the CEO of the Dash Core Group, understands how important the cryptocurrency has become in the particular country. He told Business Insider in August: “We see tens of thousands of wallet downloads from the country every month. Earlier this year, Venezuela became our No.2 market, even ahead of China and Russia, which are, of course, huge into cryptocurrency right now.”

KFC is not the only well-known food chain that accepts DASH as a form of payment. In the video below, Echevarria pays for Subway sandwiches using DASH, and the transaction is confirmed quickly. For those who are unaware, Subway is actually the largest single-brand restaurant chain, and the largest restaurant operator, in the world, and sells submarine sandwiches in over 40,000 locations in the world. 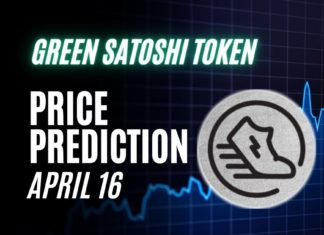