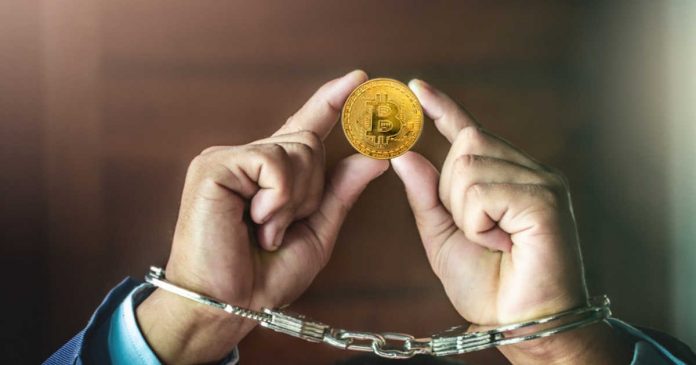 A Danish man will sit behind bars for four years and three months for laundering over 3 Million Danish Kroner, that’s equivalent to USD 500,000.

A 33-year old Danish man has been sentenced to four years and three months after admitting that he launder “dirty bitcoin.” The man reportedly admitted to receiving large amounts of money that were acquired through criminal activity and then used those funds to purchase Bitcoins. The bitcoins were sent to the addresses belonging to his criminal accomplices.

Over 3 million Danish Kroner were laundered, and according to “TheNextWeb“, this Danish man was convicted of hacking servers and random computers to mine other digital currencies. The Danish police were able to crack down on the perpetrator because one of his bank accounts was connected to a blackmail and extortion scam. It was a large number of card transactions that caught the eye of the authorities which led them to discover the second crime of money laundering.

According to the Police, they have been able to trace criminals using Bitcoin transactions. A Danish police commissioner was quoted saying: “We have the competencies, and we are willing to prioritize the resources to investigate complex cases on the Internet.”

There are many privacy coin advocates out there, how do you feel knowing criminals could be using your favorite privacy coin for illegal activity?