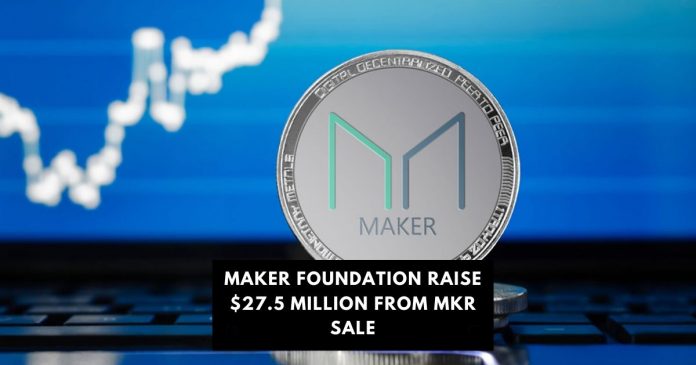 The Maker Foundation, the owner of the decentralized crypto platform, MakerDAO announced the sale of MKR tokens worth $27.5 million.

The Maker Foundation sold the tokens (5.5% of the total MKR supply) to venture capital funds Dragonfly Capital Partners and Paradigm. Notably, the two buyers are global crypto venture funds with a strong market in the United States and Asia. Therefore, this allows companies to help MakerDAO build its business and acquire more influence.

Presently, Dragonfly Capital Partners and Paradigm are MKR token holders. This gives both investment funds proper leverage to play an active role in the decentralized governance of the Maker Protocol. Therefore, this strategically supports Maker’s efforts to increase the adoption of Dai in the Asian region.

CEO of Maker Foundation, Rune Christensen commented on the development. He said that there’s been increased traffic for Dai from China. Also, he sees an expansion into the region leading to increased market adoption of decentralized finance (DeFi) products and services.

Quoting Christensen: “Right now there’s this incredible hype and excitement about DeFi that is brewing, especially in China. Also in South Korea. At some point, there’s just a switch that flips and you see the massive movement into Bitcoin and Ethereum. I think that same momentum could happen in DeFi as well and I think that’s exactly what’s brewing right now.”

At the moment, Tether’s USDT holds a large share of the stablecoin market in Asia. It reportedly controls about 95% market share held by Asian investors. This forms a major factor driving the Maker. Thus, they believe Dai holds a better advantage (with the existing infrastructure) for Asian investors to trade Tether and capture the interest in a USD-denominated stablecoins.

Christensen said: “The dominance of tether in Asia attracts because the dominance shows this willingness to engage with crypto and also the demand for USD-denominated stablecoins.”

He mentioned that Dai doesn’t plan to directly challenge USDT. Rather the stablecoin benefits from the existing network with Tether.

To remind, Harmony in partnership with DAO Maker announced the release of the first DAO Maker initiative to improve the Harmony ecosystem. 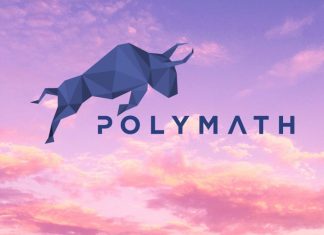 Daniel Abel - April 27, 2020 0
The blockchain-based firm, Polymath, has rolled out a notification calling users to join its beta testing community. According to Polymath, the invitation aimed at seeking...