McAfee’s belief in Bitcoin is not fading away. In fact, it seems to be increasing.

John McAfee is persistent about his prediction of bitcoin price in 2020. He is sure it will reach a million USD or even more.

“It’s pure numbers. There’s only 21 million bitcoin that will ever be mined, 18 million has already been mined, and the three million remaining will take a dozen years to be mined. We’ve already lost seven million, so that leaves only 14 million,” he said.

In September, McAfee told the same in an interview with Forbes.

This time McAfee said, “If bitcoin gets to be 5% of world financial transactions, which, you all know it will then bitcoin would be worth “$10 million per coin, based on those numbers.”

Does McAfee’s position have any support?

His words met a lot of critics. Experts believe that the growth of Bitcoin is inevitable. However, they state, that it will be trading at $ 15‑20 thousand. According to them, it is a completely achievable price for the coin. Once again they state that the coin will not achieve colossal growth (unless a fraudulent scheme is involved). Thus, probably 1 million is simply too much.

One of the largest banks in Germany, Bayerische Landesbank (BayernLB) predicted that the price of the mother-of-all cryptocurrencies will reach $ 90 thousand in 2020.

And Josh Riddett, CEO of Easy Crypto Hunter, foresees that BTC has all chances to hit $1M after Brexit.

McAfee, a passionate anti-government and charismatic figure, currently resides in Cuba due to allegations of tax evasion in the U.S. However, he is planning to speak at Startcon 2019 later in November. 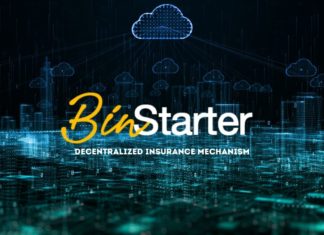 Victor - October 15, 2021 0
Binstarter is an insured multi-chain IDO launchpad that allows crypto projects to boost visibility to increase liquidity cost-effectively. In this article, you will discover...