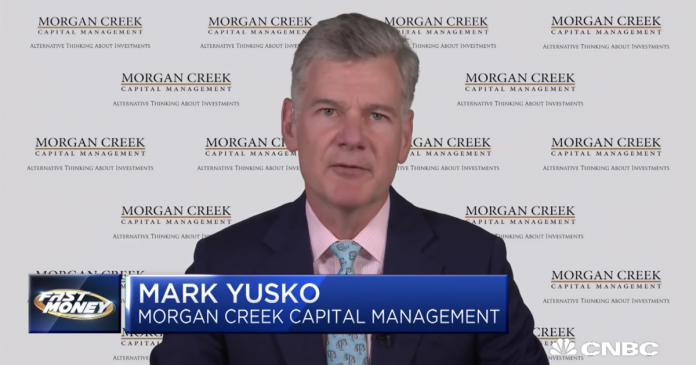 In an interview with CNBC, the CEO and Chief Investment Officer of Morgan Creek Capital, Mark Yusko, said that every investor should at least have some Bitcoin in their portfolio.

According to Mark Yusko, investing in Bitcoin is a very smart move. Yusko believes that Bitcoin will outperform the S&P 500 investment fund over the next ten years. Yusko made the claims during an interview with CNBC’s Fast Money.

“Bitcoin is a great diversifying asset. It has very low correlation. It should be in everybody’s  investment portfolio.”

Yusko also talked about the $1 million’ Buffet Bet 2.0′ where Morgan Creek Digital made an open bet that its Digital Asset Index Fund would outperform the SPX from January 2019 to January 2029. The Digital Asset Index fund includes ten major crypto assets along with Bitcoin. The revenue earned from the bet will be donated to charity.

Mark Yusko is very bullish on Bitcoin. Earlier this month, during an appearance on Bloxlive.tv, Mark Yusko talked about his bold Bitcoin price predictions. Yusko believes that a single Bitcoin could one day in the future be worth as much as $400,000.

“Gold […] has been hard money for 5,000 years. […] It’s about 7.4 trillion dollars in value. The best thing about Bitcoin is it’s digital gold. It’s much easier to transport; it’s much easier to divide. […] It has all these essential qualities that I think are superior to gold. If we get the amount of value equal to gold, that would be about 7.4 trillion, divide that by 21 million coins, you get around $400,000 per coin, maybe $500,000 per coin. When does that happen? It might be a decade or more.” 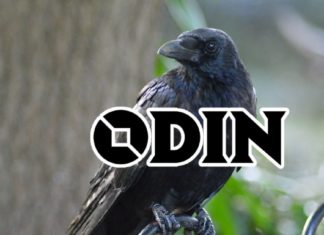 Racheal - May 20, 2021 0
Blockchain technology is arguably one of the most innovative technologies of the 21st century. This tech, however, suffers from a few drawbacks. One such...