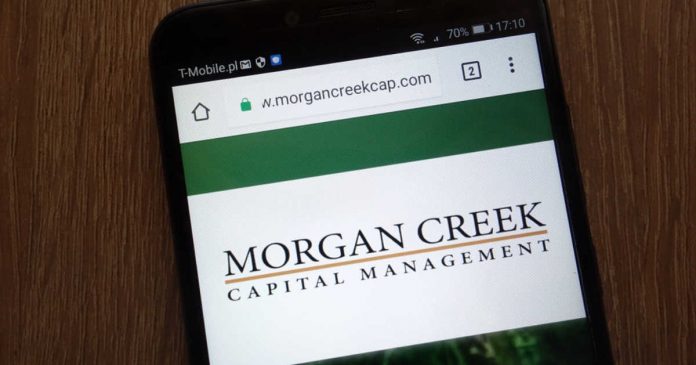 Morgan Creek Digital, the affiliate of the investment manager Morgan Creek Capital Management LLC, has secured funds. And more than it expected. Two U.S. pension funds are its anchor investors.

Two U.S.pension funds based in Fairfax County, Virginia, have become its anchor investors. According to Bloomberg, they have provided the new venture-capital fund with a certain sum.

Anthony Pompliano, Morgan Creek Digital founder, confirmed the investment. He also said that more investors have jumped onboard. These include an insurance company, a university endowment and a private foundation. He refused to provide details.

Concurrently, he explained that the new fund will resemble a traditional venture capital fund. It will invest in companies which are blockchain and crypto-centered. He also added that the fund will partially hold BTC.

In turn, Katherine Molnar, chief investment officer of one of the pension funds, described blockchain technology as an “emerging opportunity” that offers an “attractive asymmetric return profile.’’

Bloomberg notes that crypto enthusiasts often posit that the crypto market draws investors because of potentially enormous gains. However, many have been put off by market manipulation and lack of regulation on behalf of the SEC.

Yet, the two pension funds seem not to mind. Nor does Yale University which also invested a sizeable sum into a digital asset fund last year.

Commenting on the industry, Pompliano noted “there’s a belief in the institutional world that if the industry will be around for a long time, it will be very valuable.’’ He added:

“The smart money is not distracted by price but looks at the long-term trends, and believes they’re betting on innovation as a great way to deliver risk-mitigated returns.’’

Morgan Creek Digital original pitch is that all traditional assets will eventually have a digital token representing them It also contends that “the influx of intellectual capital into digital assets will create positive returns.”
Previously, Morgan Creek’s CEO Mark W. Yusko said that he is very optimistic about Ethereum and its future. 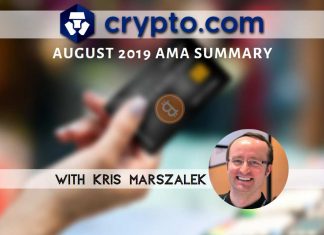 Ezekiel Ng - August 9, 2019 0
Crypto.com held their AMA on Twitter with Founder and CEO Kris Marszalek on August 8, 2019. Kris was emphasizing on how massive Q4 will...