Bitcoin and other cryptocurrencies have done well over the past few days. Bitcoin has been crossing and testing the $8,000 price point quite often and the overall market cap is back over 300 billion.

Billionaire Tim Draper has recently made a prediction that Bitcoin will reach a $250,000 price point by 2022. Draper made this announcement on April 12th at the 2018 Block (Chain) Party. This took place in San Mateo, California at his self-named entrepreneurial program, Draper University.

A $250,000 Bitcoin would require a $5 trillion-dollar market cap, this would require (at current prices) a 3100% gain in 4 years’ time. Draper, however, in unphased, saying “Believe it. They’re going to think you’re crazy but believe it. It’s happening and it’s going to be awesome.”

Tom Lee, a wall street analyst and bitcoin bull said that bitcoin will likely reach $25,000 by the end of 2018 following a post-Tax Day bull run. Lee said that: “Ultimately, we expect bitcoin to find footing after April [17], tax day.”

If bitcoin can continue to make moves like it has recently, both these price predictions could be realistic. In 2015, Tim Draper successfully predicted that bitcoin would reach $10,000 by the end of 2017. 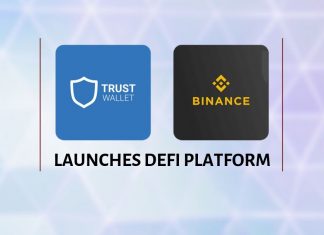 Racheal - October 2, 2019 0
Binance Trust wallet announced today that its Decentralized Finance (DeFi) platform is now live. This is according to a blog post on Medium. The Trust...