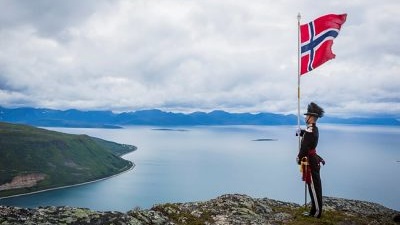 The Norwegian Central Bank, Norges Bank, has published a report on Central bank digital currencies, in which it explores the potential outcome of adopting a digital currency.

The 55-page report’s primary aim is to scratch the surface of how CBDCs could function, disseminate information and initiate a public discussion regarding it. The authors acknowledge the decline of cash and technological advances begging the question whether there is a rationale in introducing CBDCs.

They begin by saying that the CBDCs design should correspond to the end-goal and outline three purposes that merit further consideration:

– To ensure a public and credit risk-free alternative to deposits in private banks, in addition to cash.

– To function as an independent backup solution for the ordinary electronic payment systems.

– To ensure the existence of suitable legal tender as a supplement to cash.

The researchers go on discussing factors which can affect demand for CBDCs for both value and payment purposes, for instance, which operators are given access and how simple and inexpensive it is to convert CBDCs into bank deposits and vice-versa.

The report also considers legal matters, the bank’s role, and socio-economic consequences without rushing into a decision. On the contrary, it is stated that before proceeding with CBDCs a meticulous cost and benefit analysis needs to be conducted: “Important elements in such an analysis will be the impacts on the payment system, financial stability, and monetary policy. The impacts of a CBDC – and the socio-economic cost-benefit analysis – will depend on the specific design. The design, in turn, will depend on the purpose of introducing a CBDC.”

Hence Norges Bank states that there are three possible purposes to be analyzed further:

– An independent backup solution for the ordinary electronic payment systems.

– Legal tender, if cash can no longer be regarded as “generally” available, as legal tender is normally understood to be.

At the same time, the report does not believe that Bitcoin poses threat to its currency, the Norwegian krona, emphasizing that cryptocurrency’s advantages including payment efficiency are not considered to be fundamental to a currency’s value. It also adds: “Bitcoin is hardly viable alternatives for a broad user group in the near and medium term.”

Finally, it is also pointed out that CBDCs have not been introduced in any other countries with a fully developed financial system and thus there is no example to compare with. For instance, neighboring Sweden is also exploring the matter after its central bank, Sveriges Riksbank, issued an interim report which considers implementing E-krona to complement the existing currency, Swedish krona. However, the Swedes have not reached any definite conclusions yet.

It is noteworthy that Sweden, the second cashless country in the world after Canada according to a Forex Bonuses report, could set an example for other states in the region if it chooses to adopt a digital currency. 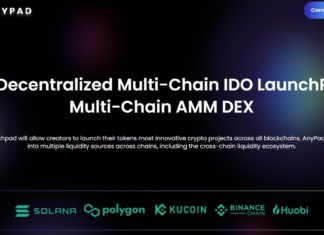 How To Participate In AnyPad IDO

Ruma - November 17, 2021 1
Anypad is a multi-chain launchpad and AMM Dex. It is the first platform that primarily focuses on incubating the best Micro-cap projects. It is...