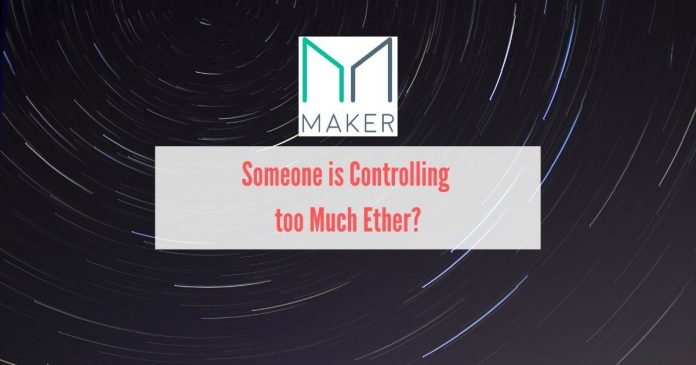 The old MakerDAO system has collateralized debt positions (CDP) locked in. And it seems like a big portion of Ether in it is controlled by one wallet.

Based on reports, the number in question reaches 27%. Thus, a firm called Digital Assets Data looked into the matter and concluded that close to 155,000 CDPs were launched on the Maker’s old protocol. It turns out that 77% had 0.05 ETH inside.

Brandon Anderson, a data science lead at Digital Assets Data, underscores: “There is one address that maintains 27% of the value locked in CDP’s. Likewise, the new vaults system has a similar distribution, with one address holding 15% of the value locked. As Maker continues to grow, we will see how these distributions play out and if there is more adoption within the lower bins.”

However, he didn’t rule out that one or more of those addresses are in fact smart contracts. These do not necessarily represent one single entity. And they might contain ETH as a part of MakerDAO. Thus, more research is needed to understand who is behind those addresses.

In his concluding remarks, he emphasized two points. One is that there might be large players who control a large amount of Ether. Yet, he also notes that the volume of total locked assets has grown and “these protocols are indeed open to anyone that wants to participate.”

The evolution of MakerDAO

For those unaware, Dai offers its users to borrow or generate the stablecoin. Foremost, by staking a certain cryptocurrency as collateral. Accordingly, if you put Ether into a CDP smart contract, you support Dai.

To remind, the company has recently undergone important changes. In November 2019, multi-collateral Dai, which is possible to back with many assets, was introduced. Consequently, Dai turned into Sai. At the same time, the new MCD is now referred to as “Dai.”

The company also rebranded its CDPs. Now they’re called “vaults” and each altcoin has its own one. That said, the new system has opened doors to over 3,500 vaults.

Find out more about how decentralized finance works here. 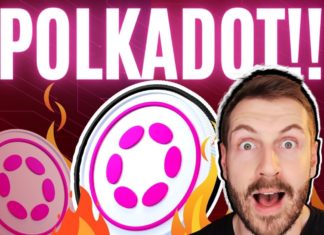 4 Reasons Why Polkadot has a lot of Potential