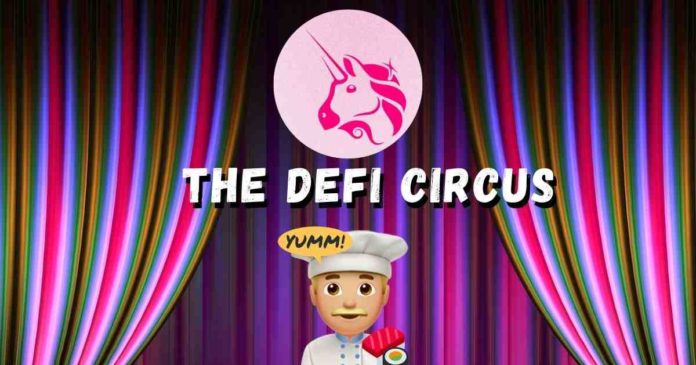 The giant exchange Uniswap was working well with a liquidity pool of $300 million until SushiSwap occurred. Following SushiSwap’s liquidity mining scheme, assets worth over $1 billion were poured into Uniswap. This pumped the total value locked (TVL) in Uniswap to over $2 billion. However, Uniswap’s TVL glory was short-lived. As SushiSwap migration completed on Sept 9, it took along $1.3 billion worth of TVL and left Uniswap with pre-Sushi TVL.

Immediately after the SushiSwap migration, Uniswap’s TVL was down by 75.95% and rested at $348 million. However, Andre Cronje, developer of Yearn.Finance, believes the accurate data is yet to come out. According to Cronje, it is evident that Uniswap pre/post SushiSwap TVL has not changed much. Thus, SushiSwap only lured its own liquidity locusts to the new system.

I don't have a horse in this race, but I do like accurate data

The narrative that @SushiSwap took TVL from @UniswapProtocol is simply false

Sushiswap simply took their liquidity locusts with them

Only the liquidity locusts win pic.twitter.com/qr3UBn2paT

It is pretty evident that SushiSwap rode Uniswap’s mind share to attract 4x TVL. But Cronje believes liquidity has no loyalty. Does that mean we could see this liquidity flowing back to Uniswap? This is quite possible as we already see Uniswap’s volume pumping again. At the time of the press, the Uniswap volume is up by 122% and has reached $768 million.

The new platform will be administered by Sam Bankman-Fried, chief executive of the FTX exchange. He lured the liquidity providers by promising a token distribution of two million SUSHI to the token holders who held on during migration.

b–You can now stake SUSHI to get 0.05% of fees from all Sushiswap trades: https://t.co/6weWD7SO0X

It seems he has kept his word as users have been pouring in the screenshots of the new system where their SUSHI holding seems to have increased.

With the completion of the SushiSwap migration, the stats of the new system are also live now. At the time of the press, the new system has $1.17 billion locked in. This is lower than the $1.35 billion that it had started with when it migrated away from Uniswap.

However, Andre Cronje condemns many current projects advertising multisig as a feature. According to Cronje, multisig is a great feature but cannot replace community governance. He strongly believes proper governance takes time to build and is not a 24-hour job.

Seeing a lot of projects promoting "multisig governance" like it is a feature. It is a stopgap for proper governance. But proper goverance takes time to formulate. Multisig is not a feature, its a crutch. If teams promote this as a feature, please think twice.

As soon as Alex Saunders, CEO and founder of Nugget’s News, tweeted the migration news, he was attacked by tweeples. Many blamed Alex for fabricating the SUSHI token pump/dump. To clarify his role in the SUSHI playground, Alex will soon be coming out with an explanation video. Alex also emphasized if Chef Nomi had not fled from the scene, SushiSwap could have captured 90% of the Uniswap TVL.

After 48 hours 70% of @UniswapProtocol's $2B liquidity has migrated to @SushiSwap. 🦄🔁🍣 #DeFi $SUSHI pic.twitter.com/DZOmMt9RS7

However, SUSHI token prices are yet to show signs of recovery. Post-migration, the token is down by 24.1% and is trading close to $2.21.

It seems the traders are taking every possible precaution before they lay hands on SUSHI. Even DeFi Pulse, the key metric tracker of the DeFi landscape, has not listed SushiSwap yet. If DeFi Pulse lists it today, the new AMM will rank at #2 after lending platform Aave.

SushiSwap is a saga in itself. If you are interested in knowing more about the SushiSwap saga, do read our exhaustive report on the same.

For more interesting information on DeFi, check out the Altcoin Buzz YouTube channel. 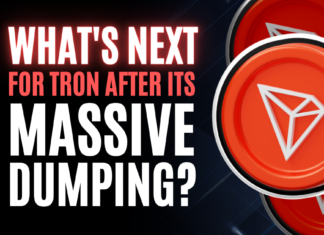 What’s Next For TRON After Its Massive Dumping?

Anurag - June 14, 2022 0
Over the last two weeks, TRON's decentralized stablecoin has made news due to the over-collateralization of USDD. The stablecoin, on the other hand, was...