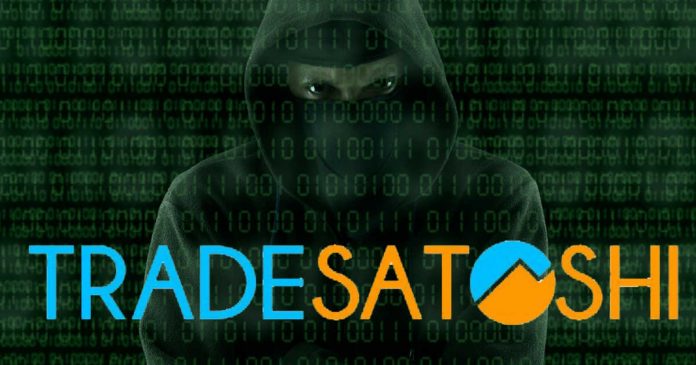 Tradesatoshi, the cryptocurrency exchange which was once popular for its listing of various unverified, micro-cap, low-value coins and which also allowed its users to trade without KYC has now been accused of malpractices. The exchange is freezing addresses, mass blocking unverified user accounts, rejecting valid KYCs, blocking customers. Is it an exit scam? Let’s take a critical look.

Starting from Jan 24, 2019, there have been occasional mass-delisting of coins on the exchange, notably on March 3, March 6, April 15 and May 14. At one go, the number of delisted coins went as high as 27.

Funnily, sometimes they have taken back their words, without being transparent.

GOLD will not be delisted from Tradesatoshi and we will continue to support it pic.twitter.com/PrQWNnMZwZ

It is confirmed that Tradesatoshi does not even reach out to the concerned projects before delisting. Check out the below tweet by a ColossusXT core member.

What’s the reason behind this? You didn’t even reach $colx team before to mention this and we had no issues before? We always provided timely coin dev support?

ColossusXT further went ahead in the investigation and found out that after the delisting, the ColossusXT coins held by Tradesatoshi Exchange have been traded into the market through CryptoBridge Exchange. Tradesatoshi’s wallet which had ~286 Million Colx was sold completely into CryptoBridge’s COLX markets within the last ~1.5 Months.

The huge withdrawal fees of Bitcoin

This was however rectified later with the amount of the fees dropping. As the volume of Bitcoin traded in Tradesatoshi is low, the high fees prevented many from withdrawing their minimum Bitcoin.

The arrival of the KYC

Initially, Tradesatoshi allowed users to trade without any KYC requirement. The account could be created by accepting their terms and conditions. No valid ID or personal info was required. The exchange became a safe haven for anonymous transactions of shady coins. As on today, it has a trading volume of $166,850 and has 336 listed coins.

Since March 2019, unverified traders suddenly found that all trading actions, balance, withdrawals were blocked. Even the link to the support from inside the account was blocked.  Regarding the situation, the support gave a standard reply:

We apply the KYC procedure when we detect suspicious transactions on a client’s account to make sure the funds are safe and that it’s not being used for fraudulent activity. It’s a common practice for the financial institution.”

Regarding the justification of KYC, the support gave comments similar to below:

Till this point it was fine, then the blocking and rejections started.

Then came the blocking and the rejections

A bitcointalk user reported that when cross-questioned, the mail address was blocked in Tradesatoshi’s support service. While trying to send another support request the user got the below:

However, when he tried with another mail address – the support request passed through!

The criteria for KYC were as below:

You can update your KYC by update the following documents

The problem is with the last point.

Many people have registered previously with a pseudonym. Now, Tradesatoshi disallowed to change Username, the profile fields were frozen! So even if a user provides KYC info, it won’t match with his account. 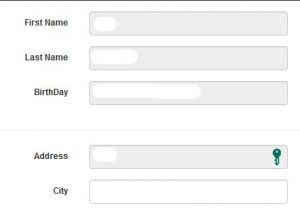 It is to be noted initially, Poloniex allowed users to keep any user name. But when the Circle acquisition happened as an industry Best Practice, they insisted everyone do KYC. They also gave users an option of changing their user name, which Trade Satoshi did not. They also let users withdraw their funds within a timeframe.

So the KYC rejections started.

The situation is being massively protested.

“After their support modChris told me that I should not worry and that my coins are safe, I went to sleep, in the morning I found out that they banned my IP and locked my account.”

After their support modChris told me that i should not worry and that my coinsare safe, i went to sleep, in the morning i founr out that they banned my IP and locked my account. pic.twitter.com/yPLWtUtdez

Many users who complained in discord and other forums were blocked.

We reached out to one of the delisted projects, SafeX. Richard Bate, SafeX advisor, commented:

“Over 18 months ago, Safex was delisted from Cryptopia, apparently due to an “aggressive community member”. The former CTO of Cryptopia, Adam Clark, decided on the spot in Discord to delist Safex because someone (apparently aggressive) asked when the wallets would come out of maintenance.

This seemed like a very unproportional response to a lone member who didn’t represent the entire community. So we did some digging.

Reviewing the known wallets of Safex on Cryptopia, we noticed big trades directly between the hot-wallets of Cryptopia and TradeSatoshi. (The unusual part here is that you don’t deposit to the main wallets on either exchange, you deposit to a personal address so they know how much you’ve deposited.

Our running theory was that someone internally on both sides was attempting to do arbitration trades and managed to lose a lot of Safex in the process.

This was further confirmed later when they didn’t have the Safex to cover the withdrawals of those who had funds left on their Cryptopia account. We saw regular withdrawals from TS [TradeSatoshi] straight to the Cryptopia hot-wallet which co-inside with the timing of when certain members suddenly got their funds back.

The delisting of Safex due to this one community member was a convenient exit strategy so they could save face.

Make it a problem with us, rather than them.

A few months later, we learn that the CTO, Adam Clark, had been “let go” of Cryptopia. My guess is that something was discovered that was bad enough to force one of the founding directors of the company out.

A few months later after that, we find that Adam started working for Trade Satoshi as a Senior Developer.”

“This activity started popping up sometime in April when the exchange decided to change the timing of the delisting of the Safe Exchange Coin market. Safex has transitioned off of the Omni token and is now on its native blockchain. The new Safex Token is acquired by burning the old SafeX which is listed on Tradesatoshi. That’s what we’re talking about. Approximately 53m SafeX is in the hands of Tradesatoshi around 2.5% of the token supply.

The delisting deadline was moved to withdraw from August 1st which was initially announced, to July 1st. Many users are told that they must pass the KYC process which is for some in delay for 6 weeks now, and are told that if they can’t complete the KYC by the July 1st deadline they will lose access to their coins.

I suggest that all users in this situation document the entirety of their interactions with the exchange. And if they are caught up and now defrauded by Tradesatoshi Please contact law enforcement in the UK against the operators and operations of Tradesatoshi this is the best advice I can give.

I do not recommend using Tradesatoshi at this point in any way. I would not store any funds in any way there regardless if SafeX or another token/coin.”

Tradesatoshi’s website does not have an About Us page, and nobody knows surely who the actual owner is and where is the company based out of. 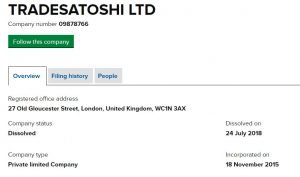 Some users have linked it to Venezuela.

Further investigations in the website’s Terms leads us to Hong Kong.

A bitcointalk user has found out that Tradesatoshi is a registered company in Hong Kong. 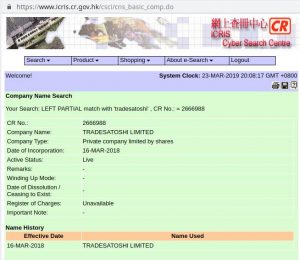 Looks like for some reason (new owner, lawsuits, etc.) Tradesatoshi was forced to change the registration to the Asian region.

ColossusXT have filed a report with law enforcement in the USA. The File Number is 19–001308.

For the security of your investment, we always recommend keeping your crypto in a Hardware wallet and a minimum trading balance in exchanges. We recommend all users to withdraw your funds at the earliest from TradeSatoshi and keep it in a secure wallet (one where you hold the private keys). 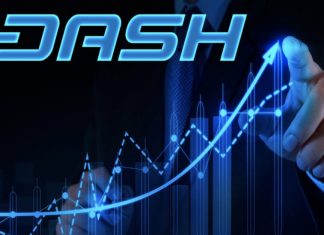 First Crypto ETF Has Been Approved In Switzerland!