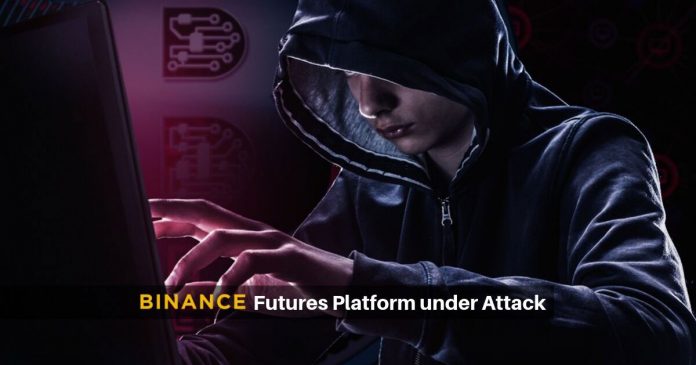 Binance futures platform was attacked by a small futures exchange at 3:00 am UCT today. While none was liquidated, CZ, CEO Binance claims the attacker lost a hefty amount. Ridiculing the event, CZ tweeted that the attack came from a well-known trading account and it was their 2nd attempt.

There have been a series of CZ tweets since morning that is flaring community resentment. Within 2 hours of the attack, CZ tweeted that it was not an intentional attack on Bitcoin futures. But just a “bad parameter from their side”. 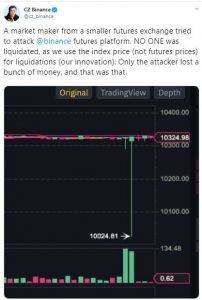 But it seems the crypto community is not happy with his statements. And there are multiple reasons for that.

First of all, the traders are concerned about the impact of the attack on the stop. In spite of reassurance by CZ, the community put across serious allegations. While some believed it was a market manipulation gimmick some called it a guerilla marketing. As no Bitcoin liquidation happened, tons of stop-losses must have been hit, and Binance is quite about it.

CZ is in soup for another reason too.

As soon as he made the below statement, he had his foot in his mouth.

“As we use the index price (not futures prices) for liquidations (our innovation).”

His tweet received a serious community bashing for the claims of using index price for liquidation as Binance innovation. Undoubtedly, the community is aware that it is by now a trading standard against price volatility. The community claimed it was Bitmex that introduced the concept to the industry first.

Some of the participants stated it was innovated by CZ when he was with OKEX exchange. We may not be able to dig that out but CZ calling it as Binance innovation has instigated the haters once again. And this happens right after the FAQ plagiarism fud.

Two days back the exchange was gleaming about its debutant trade volumes worth $170 million. And now it might have to face the burn of this accidental controversy on the trade volumes.

Binance has been in the news for all the right and wrong reasons. A couple of days back we covered the uncertainties around Binance. US launch which seems to be just around the corner now. 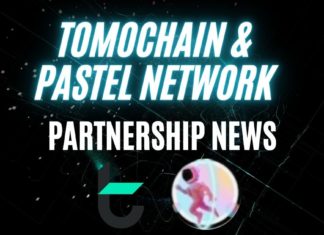 Martin Bilušić - January 10, 2022 0
Pastel's Sense and Cascade protocols will be using TomoChain's native NFT standard. This collaboration is a huge step forward for the NFT ecosystem. On the...