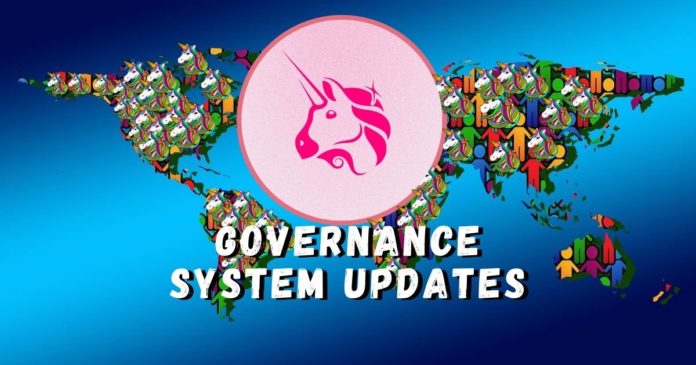 UniSwap, the decentralized exchange that established itself as the most popular DEX within 8 months is on the verge of an important change in its governance system. Recently, UniSwap launched its native protocol token UNI. The aim was to transition Uniswap into a decentralized, community-owned protocol.

However, since the very beginning, the UniSwap governance system received heavy criticism as the thresholds are very high. On October 13, Dharma proposed a significant reduction to the UNI Governance Proposal and Quorum thresholds. At the time of the press, the voting stats strongly suggest that the community is heavily favoring Dharma’s proposal.

Not the first proposal

Dharam is not the first one to propose changes to the governance system. Prior to Dharma, many users proposed drastic changes to the thresholds. According to Dharma, the evaluation submitted by @tarunchitra and @gauntletnetwork seems compelling enough as it ensures robust security to the inherent decentralization of protocol.

According to the reports, only 15 addresses control almost 10 million UNI. There are 4 addresses that hold the vested tokens (currently locked), 1 address which is UNI token distributor contract and 9 address contain part of team and investor token allocation.

Assuming that the above tokens remain locked or cannot be touched right now, there is only one address that holds 26 million. This address belongs to Binance and this is not good news for UniSwap as Binance is a direct competitor of the leading DEX.

Will the Dharma proposal receive approval?

According to Hayden Adams, UniSwap protocol inventor, currently, 48M UNI stands delegated. For this proposal to pass it would require a minimum of 83% of currently delegated votes. Interestingly, Dharma and Gauntlet network’ collectively hold 30.03M votes. Effectively, the chances are pretty high that Dharma’s proposal will pass and UniSwap’s governance will become accessible.

The UNI token price remained neutral to the news. In the last 24 hours, UNI price is up by merely 4.1%.

For the latest crypto-related updates, do visit our Altcoin Buzz YouTube Channel. 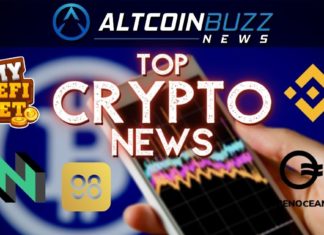 Piyush Tripathi - July 24, 2021 0
The majority of cryptocurrencies surged strongly in the last 24 hours. Bitcoin is trading over $32,534 while Ethereum is also up and is trading...