Venezuela has launched a cryptocurrency called ‘Petro’ in an attempt to circumvent U.S. financial sanctions. The Venezuelan president claims it netted $735 million in its first day of the Pre-sale.

Petro was first announced in December 2017, and it is intended to save the country’s economy. Venezuela has been suffering from hyperinflation and the bolivar currency is plunging to record lows; currently worth only 0.00004 USD. Venezuela claims it is the world’s first sovereign cryptocurrency. Petro is a token build on the Ethereum blockchain, and each token is pegged to a barrel of Venezuelan oil.

The Venezuelan president, Nicolás Maduro, said that 100 million Petro tokens will be issued with a total value of more than $6 billion. He also posted on Twitter that the Petro token raised more than 4.777 billion Chinese yuan, equivalent to $735 million, in its first day of the Pre-sale.

However, Maduro did not give any details about the initial investors and there was no evidence presented for his figure.

There is also a number of critics who doubt Venezuela’s digital currency venture will do any good for Venezuela’s economy or its people.

According to the US Treasury Department, citizens and companies from the US may be violating sanctions by buying the Petro token. Venezuelan officials have also been advising potential investors to tread very carefully with this.

“My advice would be to tread very carefully with this — especially considering the track record of the Venezuelan government.” 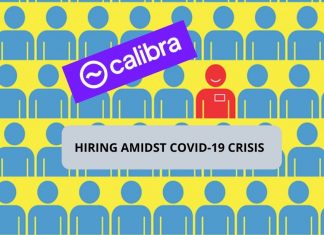 David Abel - April 21, 2020 0
Facebook-owned Calibra is looking to hire more people as it intends to create 50 new job roles amidst the COVID-19 Crisis. According to reports, Facebook...

Is Roubini the Disguised Satoshi? Asks CEO of Binance