Wirex was established in 2014. Starting from 2017, it served more than 900,000 customers in over 130 countries. In 2018, Wirex has over 1,5m active users connected to the platform. In April 2018, Wirex first announced its contactless debit cards and became one of the major wallet and card providers to add Litecoin to their platform.

In a blog post from July 23rd, Wirex announced the introduction to the Ripple wallet, saying “You can now buy, sell, exchange and deposit Ripple (XRP) using the Wirex App. We’re the only digital money platform that lets you exchange and spend Ripple like traditional currency – in-store and online.”

With the new XRP wallet, users can easily convert XRP to fiat and spend it with their Wirex card. They can also buy, sell, exchange and deposit XRP directly in the app. Yesterday Wirex tweeted that they have seen US$2,000,000 worth of XRP deposits on Wirex in the last 12 hours.

According to Wirex, Ripple has gained a reputation as a cheap and stable altcoin. The value of most cryptocurrencies is influenced by fluctuations of the Bitcoin price, but Ripple has grown considerably in value with larger gains than other popular coins and tokens such as Dash, Ethereum and Litecoin combined. Ripple was the best performing altcoin in 2017 in terms of price.

Wirex co-founder Dmitry Lazarichev says: “Ripple’s stability – and the innovative technology behind it – was the main reason that we chose XRP to be our next altcoin offering. Its incorporation into banks, payment providers, digital asset exchanges and corporates is what makes it stand out from other cryptocurrencies.” 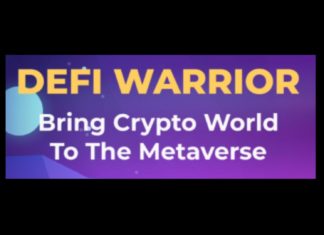