With the crypto market taking yet another dive on Monday, November 19, and most cryptocurrencies hitting new lows for the year, XRP has been one of the best performers over the last few days. XRP even overtook Ethereum for the 4th time this year and is now the largest altcoin by market cap.

Although the current market sentiment is very bearish, the feeling around XRP seems to be very bullish. The second biggest cryptocurrency has been performing rather well over the past days, while the rest of the market took hit after hit.

Even today, with Bitcoin falling to new lows, XRP has been showing an upward correction. At a certain moment, XRP was showing a 7% increase while Bitcoin was falling. Because of this, XRP remains the largest altcoin by market cap as it outperforms other large-cap cryptocurrencies. 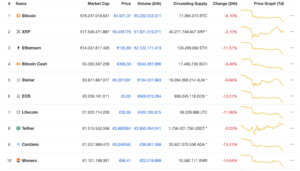 Last week, XRP fell to $0.40 after an amazing run in October. Since then, however, XRP showed signs of a recovery and surged towards $0.52 yesterday. While most other cryptocurrencies have gone on to form new lows with today’s latest drop, the value of XRP has held better than most altcoins, currently trading around $0.50.

A big part of the bullishness around XRP has been the fact that XRP’s market capitalization surpassed that of Ethereum (ETH) last week. Because of this, XRP “flippening” bitcoin talks have heated up on social media.

As recently tweeted by Mati Greenspan of eToro, the go-to digital asset for Ripple Labs, “is basically winning social media”.

Yesterday, Changpeng Zhao (also known as “CZ”), the CEO of the largest crypto exchange, Binance, tweeted something that hints towards the possibility of XRP becoming a base currency on the leading exchange.

The xrp base shill is strong. Let's get it out of your system, and put all your shills under this one tweet, and let's see how much we get. https://t.co/usiISCtuSj

The part of the tweet that mentions the ‘XRP shill base” is referring to previous past attempts by XRP fans on Twitter to get Binance to make XRP a base currency, alongside Bitcoin (BTC), Ether (ETH), Tether (USDT), and Binance Coin (BNB). With XRP now being the second largest cryptocurrency, it is not strange to add XRP as a base currency.

Currently, with the market seeing new lows on a daily basis, a lot of investors flee towards XRP in order to save themselves from getting more losses. If XRP can hold its momentum, moving your funds into XRP might therefore not be a bad idea (not financial advice). 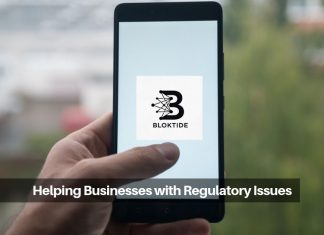