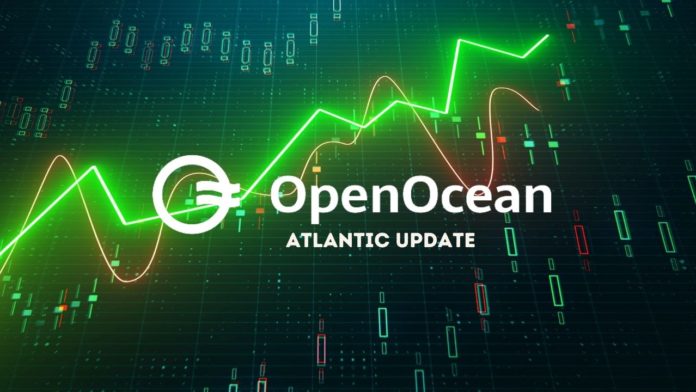 Decentralized finance aggregator OpenOcean announces its official launch on Ethereum. Users can now access some of the best returns in the industry.

The platform is a CeFi (centralized) and DeFi aggregator that includes popular DEXs. Currently, OpenOcean supports the following networks:

Through this update, it delivers traders the BEST RETURNS!

On October 20, AltcoinBuzz reported that the protocol made some changes in its Atlantic upgrade. The algorithm is improving constantly. The new platform offers:

It aggregates the best prices for swaps on Ethereum across liquidity sources provided by:

Moreover, the team’s researchers put the Atlantic upgrade to the test. OpenOcean tested over 4,587 BSC test cases. Again, The test was to compare their results against other DEX aggregators.

“Tests have shown that OpenOcean Atlantic delivers better returns on the Ethereum network in more cases compared to other DEX aggregators.”

Compared to popular DEX 1inch, OpenOcean outperforms it for trades of differing sizes by a clear margin.

Yet, the average performance gain over the rival platform was around 70% on these tests. Further, the test covered nearly 2,000 tokens pairs (3,898 testing trades in total).

The Atlantic upgrade also offers additional customization features such as:

The data for the “normal” and “fast” gas settings come from on-chain sources. This allows prices to adjust automatically.

OpenOcean’s governance token, $OOE, has made a couple of percent on the day. According to CoinGecko, it was trading at $0.612 at the time of writing.

OOE has dropped 41% since its September all-time high of just over a dollar. However, the token has doubled in price since it was launched in July.

Ruma - November 12, 2020 0
Tadpole Finance is an Ethereum-based, experimental project that aims to boost the current DeFi lending platform one level up by creating an open lending...

Juventus To Launch A Fan Token To Create An “Emotional Connection”...