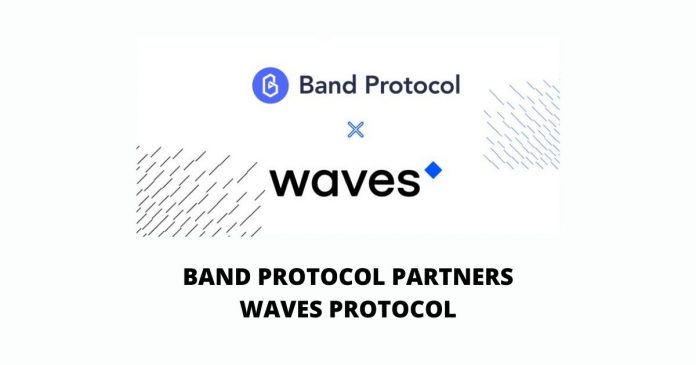 Band Protocol has announced its strategic partnership with Waves Protocol.

Both Band protocol and Waves protocol will work together to promote decentralized and customizable oracles.

1/ 🔷 Band Protocol has strategically partnered with @WavesProtocol, completing the integration of $BAND decentralized and customizable oracles for various DeFi and Web 3.0 applications in the Waves ecosystem. 🔷🚀https://t.co/10Djsz4unS

Waves Protocol launched its mainnet in 2017 and completed the implementation of the smart contract in 2018. Known for providing decentralized solutions in DeFi and gaming, Waves Protocol is an open blockchain protocol that provides a development toolset for Web 3.0 applications.

Apart from DeFi and gaming, Waves Protocol also offers solutions to voting, DAOs, identity, and others. Waves is also well known for supporting web 3.0 service, by working on the backend. Through their RIDE programming language, the protocol provides various scalability advantages.

As Band Protocol partners with Waves Protocol, they will both work towards the security of decentralized applications and smart contracts in the Waves ecosystem. The BandChain has provided scalable, low-cost, reliable, and easy-to-integrate oracles to carry out these projects.

Waves to utilize Band Protocol on their ecosystem

As a result of the partnership, Band Protocol can be utilized by developers. As well as, enterprises, and other ecosystem players on Waves to connect to any external data source or API. BandChain’s Oracle would make this possible.

Also, on the BandChain bridge contract, the following price pairs are available: BTC/USD, ETH/USD, and WAVES/USD. These pairs are also updated automatically every five minutes.

According to the founder of Waves, Sasha Ivanov, “Waves aspires to provide the tools to build cutting edge solutions that solve existing implementations issues in the blockchain ecosystem. Most notably these include scalability and security. In combination with Band Protocol’s decentralized oracle network that offers end-to-end flexibility for developers, near-instant finality, and fractional data request fees. We’re enabling the creation of next-generation applications that have never been seen before,”

The CEO and Co-founder of Band Protocol, Soravis Srinawakoon also added that: “Band Protocol has been working in-hand with the Waves team to secure the bridge from decentralized applications to external data sources and APIs. Growing both project ecosystems towards adoption driven by security and scalability. We are always proud to deeply support leading blockchain platforms that face the oracle problem and require a scalable real-time solution.”

With this partnership in action, more projects are expected to be successfully achieved by Band Protocol and Waves Protocol.

In February 2020, Waves announced the launch of its own non-profit organization. 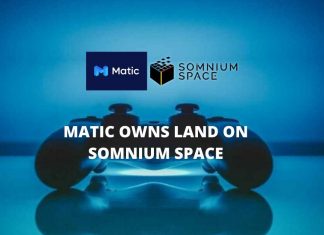