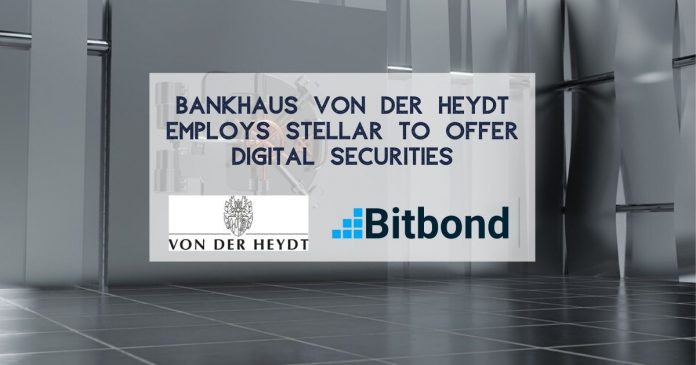 The German bank, Bankhaus von der Heydt has announced a partnership with Bitbond to facilitate tokenization on its security platform.

von der Heydt made this announcement on Monday, February 10, 2020. Stellar blockchain will enable the tokenization of digital securities for institutional clients. The blockchain just like Ripple’s XRP is also specifically designed for platforms like banks and financial institutions.

To facilitate the use of Stellar blockchain, the bank also had to collaborate with Bitbond. Based in Berlin, Bitbond recently received a BaFin license (German Federal Financial Supervisory Authority) to carry out an STO (Security Token Offering) in 2019. Bitbond, after revamping its business model now offers tokenizing and lending services.

Honoured to announce our collaboration with Munich-based Bankhaus von der Heydt. We bring our know-how, technology and experience to the banking sector further pioneering the use of #tokenization #digitalassets and #custody for financial instruments.https://t.co/23ruqjgSMj pic.twitter.com/ysRkxLa1Sb

von der Heydt has for a time now been interested in cryptocurrencies and has been using Bitbond services since 2019. In a bid to increase its scope of crypto operations, the bank is looking to map securities and bonds using Stellar decentralized technology.

It is also important to note that von der Heydt is one of Germany’s first banks to make use of blockchain technology.

However, tokens issued will be done via private placements only. For now, it is unavailable to the general public. Interested users will be able to purchase the Euro stablecoin with conventional fiat euro, which will be stored by the bank as tokenized securities. Since the Stellar blockchain will be used for tokenization, it will also make financing simpler and cheaper.

The proposed Euro stablecoin will ensure all transactions are transparent and faster.

The announcement also revealed that the bank has no plans to encourage wider public access to the platform.

Founder and CEO of Bitbond, Radoslav Albrecht, disclosed that “digital euro payments will happen much faster” on this new platform. There will also be immediate on-chain DvP (delivery versus payment of securities). Completely eliminating the need for a third-party agent. Still speaking on the partnership, Albrecht also added that a production version is expected to be inaugurated in April.

Germany and the crypto space

German seems to be becoming a safe haven for cryptocurrency in recent times. BaFin agreeing to Fundament Group issuing the first-ever security token backed by real-estate in 2019. German central bank President lending support to Facebook stablecoin project Libra. And even buying flight tickets with crypto in Germany. These are all pointers to the legitimization of blockchain and crypto in the country. 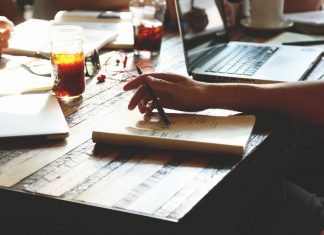 Racheal - February 14, 2020 0
Mousebelt, a blockchain support ecosystem has added 11 new members to its education alliance group. This is according to an official blog post by...