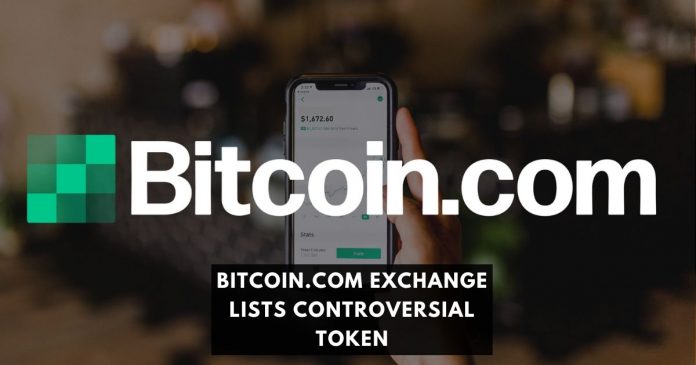 Bitcoin.com has listed the controversial HEX token. It has no reason to believe it’s a scam.

The exchange’s tweet reads: “We’re thrilled to announce that we’ve just listed #HEX by @RichardHeartWin on our exchange.” This gives anyone who wants to trade the token a secure venue to do so, the exchange added.

Sequel to the partnership, Bitcoin.com becomes one of the few recognized trading platforms to collaborate with HEX. Since its founder, Richard Heart, continually faces widespread accusations of fraud.

Presently, there’s little overall trading data for the token. At the same time, Bitcoin.com reports that the HEX market reportedly traded the equivalent of 0.81 BTC ($5,700) within 24 hours. During this period, the platform’s two HEX trading pairs, HEX/BCH and HEX/ETH dropped in price by 64% and 57% respectively. Thus, indicating a lot of caution around the token.

Crypto community is wary of HEX

Richard Heart, an early adopter of Bitcoin, launched the HEX token earlier this month. However, the crypto community has not welcomed the crypto project. For instance, some claim the token is a scam. Why? Because it offers a return of 369% for a 1% stake of the total supply.

A twitter user that goes by the name @Starbust also shared a tweet concerning the HEX token. In it, he claimed that the HEX token incurred a loss of 99.93 percent in about 12 days.

However, Heart continually tries to clear the FUD surrounding the project. Recently, he dropped a tweet, saying HEX token, in fact, improves the cryptocurrency market. Because it pays people to take possession of their #Bitcoin private keys.

Roger Ver seems to be in love with HEX

HEX’s reputation doesn’t seem to put off Roger Ver. Moreover, he says that he isn’t aware of HEX being a scam. He also pointed out that many consider BCH to be such. However, according to him, no one has managed to prove this claim.

“If someone brings proof that HEX’s an actual scam, I’d gladly delist it,” he said.

Some were quick to respond. A Reddit user called bUbUsHeD wrote, “This is like setting up a heroin store and telling people not to buy it if they don’t like it.”

What do you think about HEX? Let us know. 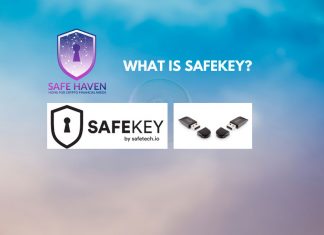 Ani - September 7, 2019 1
Our online presence is increasing daily. We are using various online services like social media, emails, networking services. How do you stay safe? Safe...