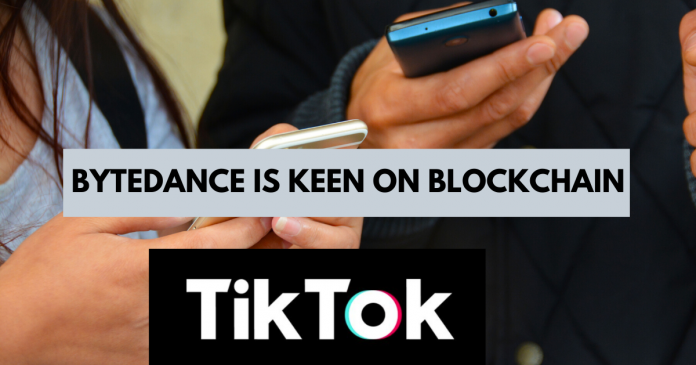 ByteDance, the owner of the popular video-sharing service TikTok, is focusing on new business lines.

These lines apparently have to do with blockchain and artificial intelligence. Thus, together with Shanghai Dongfang Newspaper Co, the owner of the digital news resource The Paper.cn, it established a new company worth $1.4 million.

While the details of the partnership remain obscure, Twitter users seem to be skeptic. Particularly, because the media group is a state-owned one. A user that goes by the name, @933Aidan, is highly critical of the partnership saying “so the real headline and story is “Chinese government merges two departments under its control to help spy better on other departments in other governments.” #fixedit.”

ByteDance and its successful apps

Founded in 2012, ByteDance focuses predominantly on the development of mobile applications. Its main product is the Toutiao news feed aggregator, which enjoys an audience of 120 million people per day.

In 2016, ByteDance launched the TikTok application. Currently, it is the most popular short video platform in Asia that has is rapidly gaining popularity all over the world. By February 2019, 1 billion users had already downloaded TikTok. More downloads occurred throughout the year: 614 million times, which is 6% more than last year.

Interestingly, in 2019, only WhatsApp and Messenger managed to perform better than the platform. Concurrently, Instagram and Facebook are lagging behind.

It is noteworthy that 31% of all application downloads take place in India. The second-largest market for TikTok is China (11.5% of downloads) closely followed by the United States (8.2% of downloads).

All in all, China is becoming increasingly interested in blockchain. It is expected that investments in this technology will reach $2 billion by 2023.

What do you think about the latest partnership? Do you use TikTok? Do you think China is at the forefront of the blockchain revolution? Let us know your thoughts. Drop a comment below. 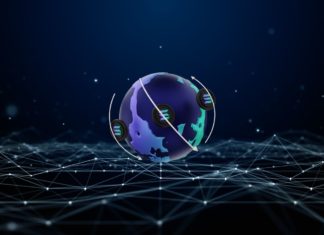 4 Questions Everyone Must Know How to Answer About Solana

Camille Lemmens - August 22, 2022 0
Solana is a Layer 1 blockchain. It is one of the most popular blockchains around. Nowadays, according to CoinGecko, SOL is in the 9th...