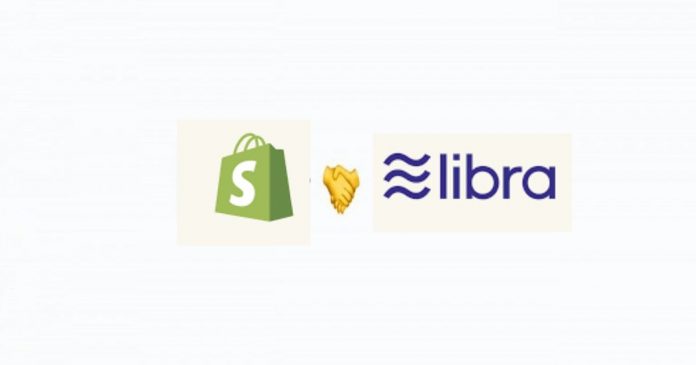 The Canadian company’s decision to join the Libra Association comes after several top organizations discontinued interest in the Libra project.

Tobi Lutke, Shopify’s CEO announced the news on Twitter saying: “Shopify spends a lot of time thinking about how to make commerce better in parts of the world. Where money and banking could be far better. That’s why we decided to become a member of the Libra Association.”

Shopify spends a lot of time thinking about how to make commerce better in parts of the world where money and banking could be far better. That’s why we decided to become a member of the Libra Association. https://t.co/w8NWY874xr

Libra Association on the Partnership

Dante Disparte, Libra Association’s Head of Policy and Communications commented on the partnership, saying: “As a multinational commerce platform with over one million businesses in approximately 175 countries, Shopify, Inc., brings a wealth of knowledge and expertise to the Libra project. Shopify joins an active group of Libra Association members committed to achieving a safe, transparent, and consumer-friendly implementation of a global payment system that breaks down financial barriers for billions of people.”

Following the partnership, the e-commerce platform becomes a validator node operator, gains one vote on the Libra Association council. Also, it’s able to earn dividends from interest earned on the Libra reserve in proportion to its investment, a minimum of $10 million.

More info on the collaboration

Additionally, Libra is designed to move between wallets with zero fees. Shopify and the one million merchants running online shops on its platform can now process transactions without incurring credit card fees.

The Canadian platform also revealed plans to create a payment network that makes money easier to access. Also, supporting merchants and consumers around the world.

In a post, Shopify said: “Our mission always remained to support the entrepreneurial journey of more than one million merchants on our platform. That means advocating for transparent fees and easy access to capital. Also, ensuring the security and privacy of our merchants’ customer data. We want to create an infrastructure that empowers more entrepreneurs around the world.

Over time, regulatory difficulties made the Libra Association lose some of its members. This includes top companies like eBay, Visa, Stripe, PayPal, Mastercard.

Shopify is headquartered in Ottawa, Canada. Besides. The e-commerce company powers over one million businesses in more than 175 countries. Additionally, it’s partnered with brands such as Allbirds, Gymshark, PepsiCo, Staples, and more. 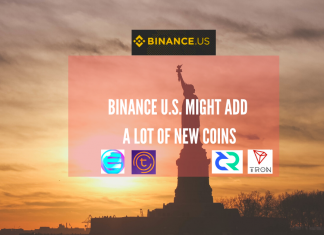 Christoffer Horvath - December 11, 2019 0
Binance.US, the American arm of the Binance exchange, is exploring the addition of new coins.  Great news for those who love Enjin, Tomochain, Tron, Decred,...