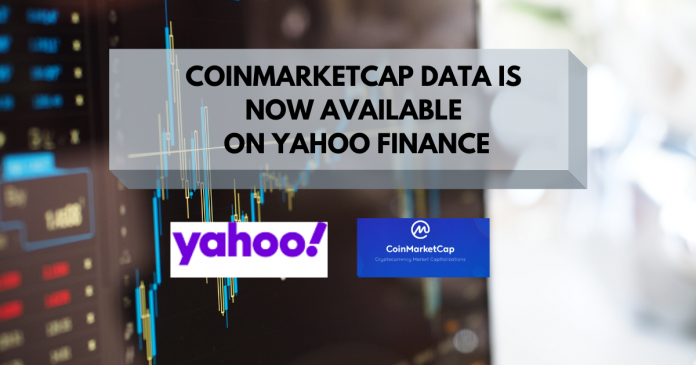 Yahoo Finance launches crypto updates. The data will be provided by CoinMarketCap. The move shows that big financial sites are taking cryptocurrencies seriously.

On November 21, CoinMarketCap announced its partnership with Yahoo Finance.

“We are thrilled about this partnership which comes timely as we continue to level up our game with the new liquidity-based metrics for ranking market-pairs and an improved pricing algorithm coming soon,” a press release reads.

Thus, Yahoo Finance now allows its readers to keep their pulse on the market. The users will get data on the exchange rate of more than 118 coins, trading volume, market capitalization, reverse offer, etc. Besides, pricing includes info on 200 crypto exchanges and cryptocurrencies that make up more than 90% of the world market as of the index launch date.

Moreover, the site will publish additional information from CoinMarketCap, covering the development of the token market. The visitors will get access to blog content in the news stream and on separate digital currency pages. Yahoo Finance also plans to add two crypto indexes, Crypto 200 and Crypto 200 EX.

The users welcomed the new project and suggested adding even more crypto activity.

Originally, CoinMarketCap was a site with a simple interface that published data on only seven cryptocurrencies. At that time, market capitalization was only $ 1.6 billion.

Five years later, CMC is considered the 175th most visited site in the world. Here you can follow the course of more than 1600 cryptocurrencies. Traders, journalists, and entrepreneurs use it.

Despite the success, CoinMarketCap has to compete with other similar sites, including Thomson Reuters and Coingecko.

Besides, CoinMarketCap’s reputation varies from time to time. Last month, Altcoin Buzz reported that it was under fire for listing scam exchanges. However, things might have changed: recently, CMC said it would introduce a new ranking metric. The latter is all about liquidity and judging by Yahoo Finance’s press release it matters a great deal. 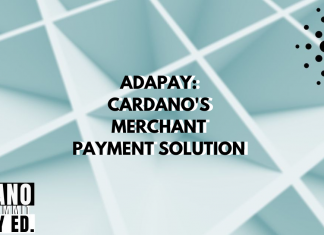 Ani - July 4, 2020 0
AdaPay is Cardano’s gateway solution for payments. It is implemented by COTI and the system is developed on COTI’s Universal Payment Solution platform. The...