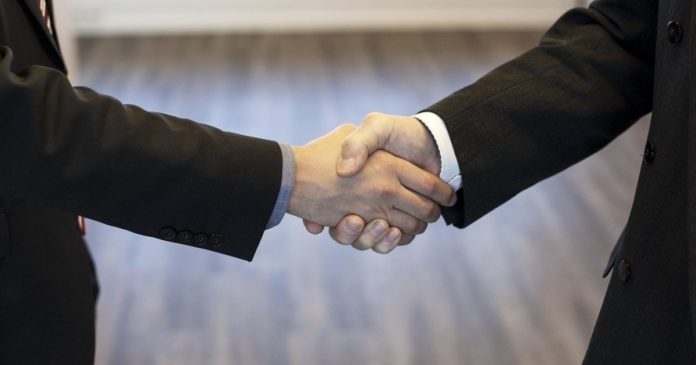 In its continuous effort to increase users’ participation and adoption of stablecoins and decentralized finance (DeFi), Corion Foundation, a non-profit organization, has announced a partnership with Fuse.

Corion Foundation made the announcement via an official blog post. The foundation noted that the partnership arose due to both firms’ similar vision to enable access to quick, safe, and cheap open finance solutions globally.

We are pleased to announce our partnership with @CorionPlatform! Using the Fuse product stack, Corion aims to launch a stablecoin wallet to reinforce the Corion stablecoin ecosystem. More details below! 🔥

According to the announcement, the Corion Foundation and Fuse will organize campaigns to create awareness and educate people through AMAs, seminars, webinars, training sessions, and several other means. Also, the blog post noted that both firms would partner on marketing and other business ventures.

Both groups “believe in the future of programmable money, which is running on blockchain.” This future will be responsible for creating “more advantageous economies for merchants and individual users.”

Additionally, the announcement disclosed that the partnership would enable Fuse, an Ethereum sidechain, to tackle the biggest issues (scalability and cost) new digital assets face in the Ethereum network. Fuse will also take on current issues like interoperability, education/awareness, and easy onboarding of mainstream users.

Notably, Fuse will be hosting the first round of its network’s token public liquidity. This first round begins on the Mesa decentralized exchange on Thursday, October 22.

Advocating the same idea as the Fuse CEO, Corion Foundation board member Miklos Denkler stated that the partnership would enable both firms to achieve their vision of global adoption of stablecoins and DeFi. Not to mention also allowing millions of people in local economies to use their services worldwide.

Additionally, both groups are working on launching the Fuse Chain & Ethereum Bridge. This initiative is a solution that is based on POA’s bridge implementation and is used to transfer ERC20 tokens between the Ethereum network and the Fuse chain.

Running on the Fuse and Ethereum chains, the Fuse Studio dApp allows users to store a “wide array of different currencies and tokens both crypto and traditional fiat currencies” to help support CorionX (CORX), Corion’s ERC20 token and other Ethereum-based DeFi tokens and stablecoins.

Similarly, it’s worth noting that in its drive to increase the adoption of stablecoins, DeFi, and CBDCs globally, the Corion Foundation recently entered into a strategic partnership with Syscoin Foundation.

The alliance would leverage Syscoin’s technology to establish a solution that would increase the adoption of stablecoins and an open financial ecosystem. According to Jag Sidhu, Syscoin Foundation chairman, the partnership will create a more efficient and beneficial ecosystem.

He notes, “Our combined focus will include specific stablecoins, DeFi, and helping the unbanked and over-banked. Together we will drive wider adoption of blockchain technology,”