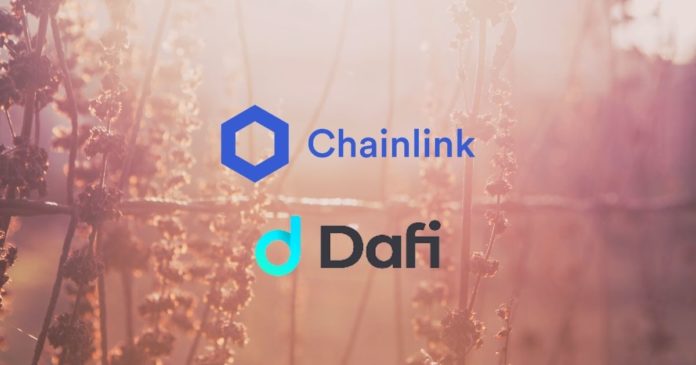 DAFI Protocol has partnered Chainlink, in its continuous bid to combat hyperinflation, one of the biggest challenges in the blockchain industry.

DAFI Protocol disclosed the new partnership via an official blog post. Noting that the collaboration will focus on reducing inflation while increasing staking rewards.

A fantastic article by @chainlinktoday! 🚀

Read all about it here: https://t.co/ILhQIYHd30

Notably, the collaboration would allow DAFI to tackle unstable devaluation rates for all staking rewards and network incentives. Furthermore, Chainlink will help DAFI obtain data from premium off-chain sources and transfer it on-chain in a secure way. This is necessary for the algorithmic rewards distribution model.

Zain Rana, Founder of DAFI Protocol, described the project which the Royal Bank of Scotland incubated as the missing link between network rewards and adoption. Rana explained that every network within the blockchain space that integrates DAFI would be able to minimize the effects of low demand on their network valuation.

According to Rana, “DAFI’s rewards model comes into effect during times of low demand by reducing the tokens in circulation and increasing incentives to stakeholders. By distributing staking rewards based on the network’s demand, decentralized networks will be relieved from hyperinflation.”

In a similar development, DAFI Protocol announced a partnership with ZKSwap, to extend its mission to facilitate better adoption, economies and token models that attract more long-term users.

We are proud to announce a partnership with @ZKSwapOfficial. 🚀

The token swap protocol will use $DAFI smart synthetics to reshape its $ZKS rewards distribution program by introducing dZKS tokens.

As a result of the collaboration, ZKSwap, a Layer 2 decentralized exchange (DEX) that utilizes the AMM model, can now create synthetic smart tokens (dZKS) for its ecosystem. Notably, these tokens will help incentivize users better due to the limited supply of synthetics in the ecosystem suppressing the effects of supply shocks.

Additionally, the integration will help ZKSwap filter its users, keeping only users interested in long-term growth prospects. This invariably enhances scarcity which would drive liquidity into the ecosystem and reward users based on their long-term commitment to the platform.

Also, the partnership will in time expose DAFI’s users to ZKSwap’s Layer 2 DEX platform. As a result, users will be able to easily swap their tokens without any transaction fees at a faster speed with increased privacy.

In a statement, Alex Lee, Head of Development of ZKSwap, expressed his delight with the partnership. He noted that the collaboration would enable the project to reward its early adopters and long-term contributors without diluting their value.

“DAFI’s distribution model is a promising solution to a common problem faced by many growth-stage blockchain networks, so we’re thrilled to partner with them to explore the use of synthetic assets on ZKSwap,” he added.

DAFI Protocol (DAFI) has witnessed a bearish run in recent weeks. According to CoinGecko, it was trading at $0.04809228 as of the time of publication, with a 24-hour trading volume of $770,545. DAFI price increased by 28.8% over the last 24 hours. Besides, it currently has a circulating supply of 214 million coins and a max supply of 2.25 billion. 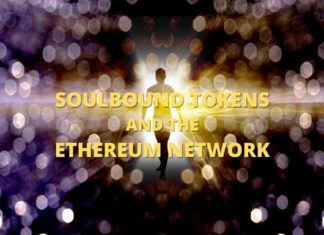 Racheal - May 28, 2022 0
Web 3.0 is one aspect of the blockchain and crypto space that has gathered global attention. It is no hidden fact that the Web...

Bitcoin Price and the Upcoming Halving. What’s the Impact?

BitMEX Seems to Be in Trouble, Again