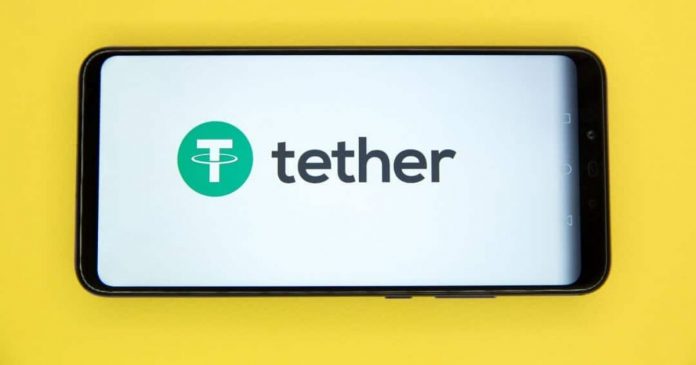 According to reports, the Tether and Aave Protocol partnership will allow Aave users to lend and borrow USDT.

Notably, about $3.67 million worth of USDT has already been lent out. Therefore, making USDT the most borrowed token on Aave lending platform. Aave claims the sixth position on DeFi Pulse in terms of total locked value, coming in at $25.2 million, and the fourth largest in terms of locked value among DeFi lenders.

Tether’s Public Relations Manager, Joe Morgan also explained that before now USDT users could lend their stablecoin through a certain number of DeFi platforms. But, this happens to be the first time that USDT gets used for on-chain lending and borrowing. Morgan added that the collaboration is indicative of USDT’s pivotal role in the wider DeFi ecosystem.

CEO of Aave, Stani Kulechov also spoke about the partnership. He said that USDT is the largest stablecoin in the market and it brings a vast amount of liquidity within the DeFi space.

“Together with Aave, this will help bootstrap DeFi composability via Flash Loans, lending, and borrowing,” Kulechov added.

USDT is powering a variety of innovative DeFi lending projects. According to data by Aave, USDt offers the best yield for lenders in the marketplace. USDT reportedly provides lenders with an interest of 12.25 percent over a year, while over the same period MakerDAO’s Dai and Circle’s USDC offer a yield of 8.08 percent and 5.7 percent respectively.

Notably, USDT’s pivotal role in the growing DeFi space gets prominence by its growing use in Flash Loans, which enables customers to borrow a range of ERC20 tokens without posting collateral to back those loans positions, as long as the loan is paid back in the same transaction. As a pioneer of Flash Loans, Aave has found USDT’s property to be the most liquid and trusted stablecoin, an important tool for powering the innovative form of lending.

Paolo Ardoino, Tether’s CTO said that Tether aims to be the de-facto most used stablecoin among major DeFi projects.

“DeFi is one of the biggest growing markets and it’s still at its beginnings. It is important for Tether to lead that growth,” Ardoino said.

Aave is reportedly the fastest-growing DeFi protocol to date on the Ethereum blockchain. With a focus on innovation and governance, Aave Protocol insists it empowers builders and finance professionals to obtain access to new business opportunities.

Manoj Sharma - May 19, 2021 0
A chink in the armor of cryptocurrencies appeared last week as the result of Elon Musk passing on Bitcoin for Tesla. While this news...