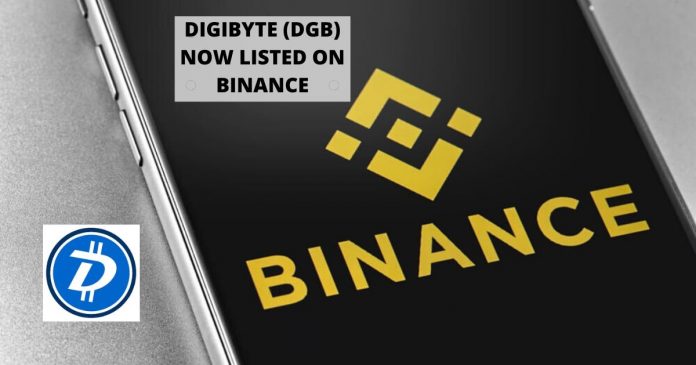 On the 22 June, major cryptocurrency exchange Binance announced that it has listed DigiByte (DGB).

Binance represents one of the largest and highly respected cryptocurrency exchanges globally and they now introduce support for scalable PoW blockchain DigiByte (DGB).

Binance users to trade with DGB

According to the report, three DGB trading pairs would be added to the list. These include DGB/BTC, DGB/USDT, and DGB/BNB. Starting from 2:00 PM UTC on 22 June 2020, traders are now able to trade, buy, and sell DigiByte. In addition, existing users on Binance can commence the depositing of DGB in order to prepare for the trading process.

The Binance team also warns its users to carry out a sufficient risk assessment whenever they choose to trade newly listed tokens. Such tokens may also be subject to high price volatility.

An achievement for DGB

In response to the twitter announcement by Binance, DGB expressed their appreciation to Binance for the listing.

Thank you @binance for listing $DGB, without any demands or listing fee. The voice of the #DigiByte community was heard. https://t.co/k7raX7dkLq

Besides, the report revealed that the listing fee for DGB is 0 BNB.

The Binance’s Project Research Report reveals that DigiByte is one of the first decentralized blockchain networks to implement Segregated Witness (SegWit) – a first layer solution that modifies the structure of transaction blocks and improves overall network scalability.

Notably, this listing increases the reputation of DigiByte as a fast-growing digital asset in the cryptocurrency space.

DGB experience a 30% spike in less than two hours

For DigiByte, being listed on a major exchange platform like Binance is a huge deal. Created in 2013, DigiByte is actually one of the oldest cryptocurrencies. Since its inception, DigiByte has worked tirelessly towards finding its place in large exchange platforms and gaining mainstream adoption. With the Binance listing, this has become a dream come true.

The reaction of the coin towards the listing is a very strong one. In less than two hours after the announcement, the price of DGB has increased by almost 30%, taking a high leap from $0.017 to $0.022.

The DigiByte ecosystem has recorded some recent developments and this proves that DigiByte is putting continuous efforts in the expansion of its ecosystem. Through distributed ledger technology, DigiByte would be able to make an economic and financial impact.

Earlier this year, DigiByte Foundation announced a new partnership with Safe Haven. According to reports, the partnership involved the future integration of the Safe Haven inheritance platform on the Digibyte Blockchain. 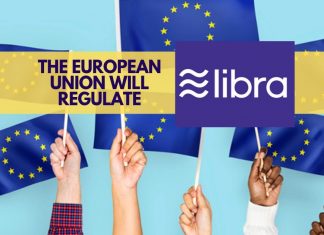 David Abel - October 9, 2019 0
The European Union is not against Libra per se. However, the entity makes it clear that regulation is unavoidable. Once it has received the...

The Battle to Control EOS: EOS Network Foundation vs Block.one