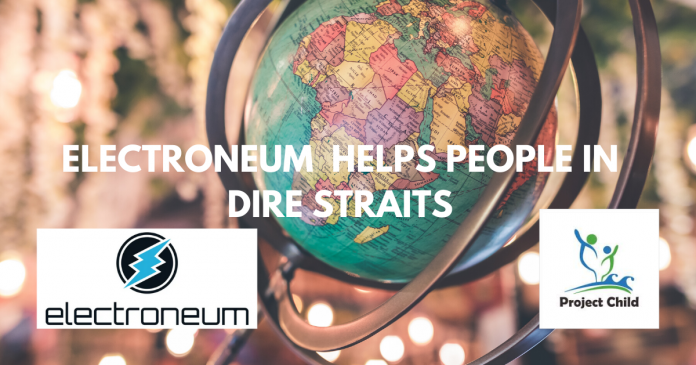 Electroneum is not just banking the unbanked. It is also helping NGOs to fight poverty in Indonesia.

For Electroneum, the pendulum’s angle is still pointing in the direction of developing countries. Accordingly, the company is introducing yet another service. This time in Indonesia.

Most recently, Richard Ells, CEO of Electroneum, announced the support of Project Child. The latter’s mission is clear-cut: to fight poverty in the coastal and riverside communities of Indonesia.

Registered in 2013, Project Child is helping those who ended up in dire straits. Its vision is to help children in Indonesia to receive education. And thus have a “healthy start.”

The project seems to be over the moon about its partnership with Electroneum. Its representatives say, “It is a great example where technology, especially blockchain technology,  could contribute significantly to any humanitarian causes and growing small non-profit organizations like Project Child to develop and expand its impact.”

So how does Project Child benefit from ETN? By receiving rewards from mining on the Electroneum network. These funds are subsequently allocated to volunteers who supply Indonesian children with drinking water. And help them gain knowledge.

Concurrently, Ells said, “We have focused on creating solutions for problems that exist in developing countries, where the unbanked or financially excluded are trapped in a cycle of poverty.

“We have partnered with NGOs that prioritize on long-term assistance that includes education as a way to empower the marginalized populations in the poorer countries,” he added.

This is not the first time Electroneum helps out NGOs. Previously,  Ubuntu Pathways and the WONDER Foundation started to utilize its advantages. The latter is all about benefitting from ETN’s simple design. Its app is easy to download and is extremely user-friendly.

Besides, the company offers an affordable $50 smartphone M1 for ETN mining. This approach seems to be efficient. More so, since developing countries fancy ETN’s motto of banking the unbanked.

Currently, Electroneum is rightfully proud of a 3.1-million community around the world. And it is the greenest cryptocurrency and fully KYC/AML compliant.

All in all, developing countries are indeed important. And need help as millions of people in Asia, for instance, earn less than a dollar a day. And for them, to compensate or fully cover the cost of calls on mobile through token mining is already a huge deal.

Recently Electroneum gained access to a huge community in Brazil. The company also made a foray into the Turkish telecommunication market. 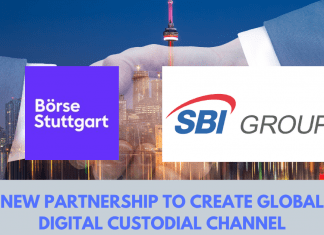 Natalia - December 21, 2019 0
Japanese holding SBI Group is ready to finance two affiliates of the German Boerse Stuttgart Group. The companies are looking to create a single...