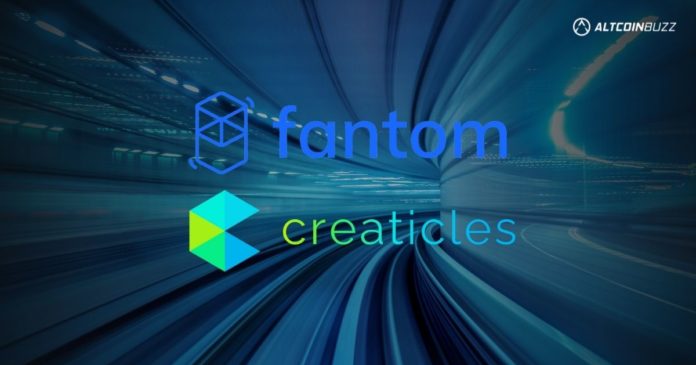 Fantom is a blockchain that supports smart contracts and runs on the strength of its FTM token. The platform has come a long way in the blockchain space. Fantom launched its mainnet in December 2019. Since then, Fantom has become a hub for projects seeking to scale. Fantom’s speed and cheap cost are its biggest features.

Creaticles is the newest platform to collaborate with Fantom. The platform is building a reputation in the NFT space. Creaticles is an NFT Requests Marketplace that connects NFT buyers with a catalog of recognized global artists. Creaticles’ integration with Fantom’s network is its first step towards achieving its goal of multi-chain expansion.

@FantomFDN ecosystem here we come. This is our 1st integration in plans for multi-chain expansion 🤜🏻🤛🏻

Both are looking forward to Creaticles integrating on the Fantom network. We begin the collab with The Fantom Ghouls PFP NFT Contests.

The collaboration between both parties will be mutually beneficial. It will reportedly produce the world’s first crowdsourced NFT collection. In addition, both platforms will combine efforts to create a series of crowdsourced PFP NFT contests. The maiden contest would be “The Fantom Ghouls PFP NFT Contest.” Fantom will utilize Creaticles’ Request for Proposal (RFP) contest mode to invite its users and Creaticles’ lineup of vetted artists to create a tailored Fantom ghost PFP.

The collaboration would onboard and introduce new NFT artists to the Fantom network. Furthermore, Fantom’s partnership with Creaticles will build a series of NFT collections. These NFTs will be unique to Fantom’s fanbase. Fantom intends to foster a stronger sense of community via these contests. The partnership will hand out monetary rewards to winners from a prize pool of $4,100. In addition, the winning artists will receive up to $700 in FTM.

The project’s next phase will center on the “Fantom Ghouls Assets Contest.” This stage will crowdsource the assets that will be randomized onto the base PFP selected in the prior contest. It will also feature a wide range of assets. These assets will include headgear, eye accessories, and other items.

Both Parties Look Forward to the Collaboration

Reacting to the partnership, Jonathan Chen, Creaticles Head of Operations, said, “Today’s announcement represents another strong seal of approval for our unique value proposition and will help us showcase our Creaticles contest format to a wide range of companies within the Fantom community.”

Chen believes the demand for high-quality NFTs will increase in the coming months. As a result, Creaticles aims to create stronger ties between crypto platforms and their users.

Fantom, which plans to upgrade From EVM to Fantom Virtual Machine, holds a high perception of Creaticles. The platform expressed its excitement at the collaboration. Fantom’s CEO and CIO, Michael Kong, said, “Fantom is looking forward to seeing Creaticles build and develop on the network. We look forward to an exciting pipeline of activity together, commencing with these upcoming contests. ”

Creaticles has seen tremendous growth since the introduction of its testnet in August 2021. Also, the CRE8 token plays a huge role in its rise. The utility token provides a variety of services for Creaticles users. For example, the platform utilizes its token for payment, voting, and rewards. Furthermore, several platforms have listed the CRE8 token. These include exchanges like MEXC, Sushiswap, and Gate.io. Creaticles plans to expand its listing in the second and third quarters of 2022.

Also, find the most undervalued gems, up-to-date research, and NFT buys with Altcoin Buzz Access. Join us for $99 per month now. 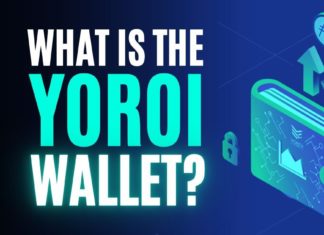 What Is the Yoroi Wallet?

Camille Lemmens - August 31, 2022 0
Not your keys, not your coins. If you are active in crypto, you must have heard this phrase before. Non-custodial wallets are important because...