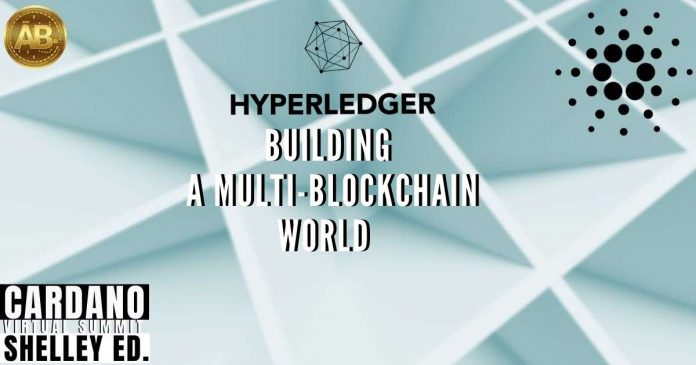 In the month of June, Input Output Hong Kong (IOHK), the technology company behind Cardano became a new member of Hyperledger. As IOHK enters the next phase of maturity, it believes becoming a part of the Hyperledger consortium will shape its future.

At Cardano Shelley Summit 2020, the IOHK leadership revealed a deeper rationale behind the collaboration. Moreover, they shared some growth specific insights. They explained how joining the Hyperledger consortium could help IOHK and its projects like Cardano realize their full potential.

We had Dr. Romain Pellerin (CTO, IOHK), Aparna Jue (Product Director, IOHK), and Jerry Fragiskatos (CCO, IOHK) share their perspectives at the summit on the 3rd of July.

Q1. What does becoming a Hyperledger member mean for IOHK?

Hyperledger is a consortium of open-source enterprise firms. It was launched by the Linux Foundation in December 2015. Some of the tech titans who contribute to Hyperledger are IBM and Intel. For IOHK this membership is a major milestone as it will help them:

At the summit, Romain, CTO of IOHK shared a technical perspective on what this could mean for blockchains. According to him, enterprises will be using three different types of blockchain systems:

All three blockchain systems will work for an enterprise independent of each other. But there will arise a need for some kind of integration between the three. Using Hyperledger’s tools and services, IOHK will work on facilitating this integration.

Apart from this some of the IOHK tools like Scorex will find a playground in the Hyperledger network.

Furthermore, Jerry shared a commercial perspective of this membership. According to Jerry, to acquire enterprise and government projects, this association will play a vital role. Some of the major advantages are:

Most importantly, he believes this could act as a catalyst to build a multi-chain blockchain world.

According to Jerry, federated networks that help create trust between the service providers and users will be the early adopters of blockchain. He referred to the financial sector, the supply chains, and the health care sector.

However, Aparna had a different perspective. According to Aparna, existing compliance and the regulatory system might push Fortune 500 and 100 companies towards adoption. She explained that just like the pharma sector in the United States, many other sectors need technology infrastructure to stay on the right side of the law. Thus she believes the following sectors might adopt blockchain:

As per Romain, globalization is building pressure on enterprises. Consequently, they are moving from legacy systems to disruptive solutions like blockchain. He believes people need to think about blockchain beyond an immutable database. Additionally, IOHK must explore the verticals where businesses and people interact. He believes these sectors require more accessible and efficient solutions.

Talking about the verticals Cardano is trying to target, Jerry offered a very interesting perspective. According to Jerry, Cardano is experimenting with a wide range of verticals. With its bottom-up approach, it is offering services for track-and-trace sectors, digital identification, product identification, DeFi, and more.

Q3. What revenue model does IOHK plan to follow?

According to Jerry, IOHK plans to help people to help themselves. This basically means IOHK will stay on the frontline to help people in developing countries with infrastructure so that they can earn more. Moreover, IOHK will always be an open-source entity. But that does not mean there exists no revenue model.

Jerry explains that IOHK is trying to earn revenue by employing the following models:

However, Aparna holds an entirely different opinion here. According to Aparna, Chief Financial Officers do not like the subscription models. This is because it gives them no clarity of the cost down the line 5 years. She suggests IOHK must basically follow a model where they can offer to build the infrastructure. This infrastructure can be used by enterprises and IOHK can earn revenue.

Jerry believes that Fortune 500 companies are looking for better, faster, and cheaper solutions. They might be willing to adopt blockchain. But the actual disruption will be bought in by startups only. He adds that Twitter Founder, Jack Dorsey is an exception.

Aparna adds that 80% of the Fortune 100 companies are planning to adopt blockchain. But it cannot be concluded that they are heading towards decentralization. Moreover, she believes that Fortune 500 and 100 organizations are yet to understand blockchain. And IOHK can play an important role in educating the enterprise sector.

According to Romain, banks like Capital One and Bank of America have already shown a great deal of interest in blockchain. Additionally, some tech giants like IBM and Dell have also stepped up.

However, they do agree that Hyperledger will help with greater adoption of blockchain technology. From Day 1 of the conference, we covered 5 major announcements by Charles Hoskinson. On Day 2 Charles took all by surprise when he announced Coinbase Custody’s support to Ada.

If you are more interested in Cardano from technical stand-point, the researchers also talked about Ouroboros and ADAPAY in detail. 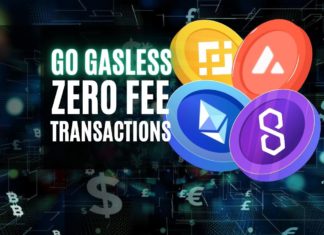