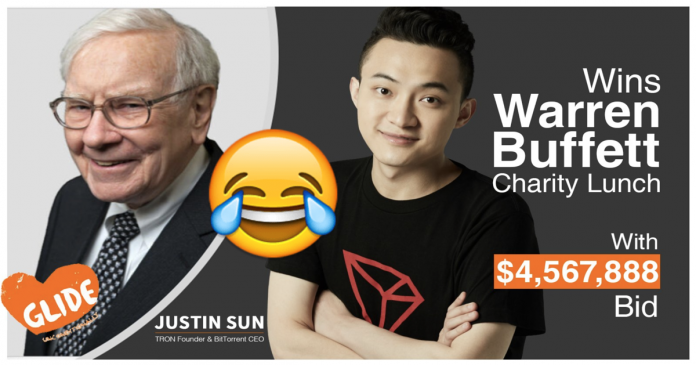 Justin Sun, also known as the “hypeking”, has hinted on Twitter that he was going to make a BIG announcement on the 3rd of June. But, again, the BIG announcement became a very BIG disappointment.

Just Sun, Founder of TRON, yet again played a classic game of making an announcement of an announcement, just to create a new TRON hype and increase the price of TRX. The cryptocurrency saw a massive 20% increase in price after Sun hinted that an imminent big reveal was going to take place.

In a tweet the day before, Sun already stated that something “huge and amazing,” was in store for TRON and BitTorrent, and that his stake in the same was “70%.” Now, 3 days later, this ‘amazing’ announcement turned out to be a big letdown.

The ‘big’ announcement turns out to be a charity lunch with Warren Buffett. Even worse, Justin Sun paid almost 4.5 million dollars to get invited. A lot of TRON supporters are showing on Twitter how they feel about the announcement:

Please tell me this isn’t the news…

Justin Sun has adopted many funny names within the crypto space, most of the names containing the word “hype”. Justin Sun is well known for sending an enormous amount of tweets on a daily basis, mostly hinting towards potential partnerships. This is also one of the reasons why outside of the TRON community, a lot of crypto investors don’t take TRON seriously. 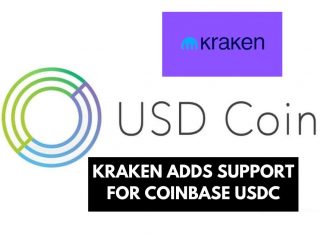 Racheal - January 9, 2020 0
USDC users can now trade the stablecoin on the Kraken cryptocurrency exchange. This is according to an official blog post by Kraken. Accordingly, users...