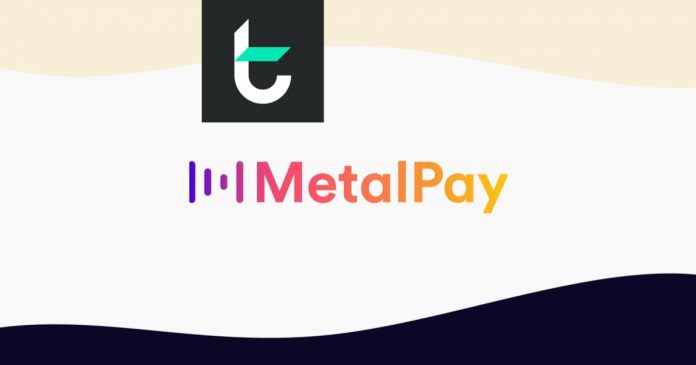 Metal Pay marketplace has officially announced the listing of TOMO on its platform. Moving forward, users can now buy, send, and receive TomoChain’s token TOMO on the rapidly expanding marketplace.

The decentralized finance (DeFi) space has in recent times garnered a lot of attention and support. Unlike conventional traditional systems that are majorly governed by a central body alongside government-issued fiat currencies. The DeFi space provides users with sole control over their finances, hence the reason why it holds a great deal of appeal to a lot of users. Decentralized finance also makes it possible for users to bypass most financial institutions while retaining full access to goods and services using digital currencies.

It also looks forward to ensuring transactions are cheaper and happen in real-time than that of most blockchains available today.

Metal Pay announced this week the incorporation of TomoChain native token TOMO on its marketplace. Metal Pay further confirmed this announcement via a Twitter post.

We’re thrilled to announce that TomoChain (TOMO) is now listed in our Marketplace.

Metal Pay users can now buy and sell this usable, scalable crypto that offers a way to transfer money, earn passive income through staking, and so much more.

In the blog post, the marketplace platform further disclosed why incorporating TOMO was a good step. Adding that, TomoChain is a one-of-a-kind project and its rapidly expanding ecosystem is quite fascinating. Metal Pay further disclosed that its users are excited about having a new, easier, and better way to buy, sell, send, and receive TOMO. US users can now directly purchase TOMO with US dollars using their mobile phones. Metal Pay has also included TOMO function to its iOS and Android apps.

Founded in 2017, TomoChain is a proof-of-stake blockchain and crypto project focused on scalability and real-world uses. It provides users with voting power throughout its network. Its ecosystem boasts of numerous partners, liquidity providers, wallets, dApp channels etc. All of which together create a seamless decentralized ecosystem. TomoChain also boasts of transaction time and fee approximately 1,000 times lower than similar transactions on the Ethereum network.

The platform recently unveiled its TomoDEX platform. We also recently hosted an AMA with the DeFi platform alongside a giveaway sponsored by Coingecko.